The RadMini: a commuting e-bike for streets and trails 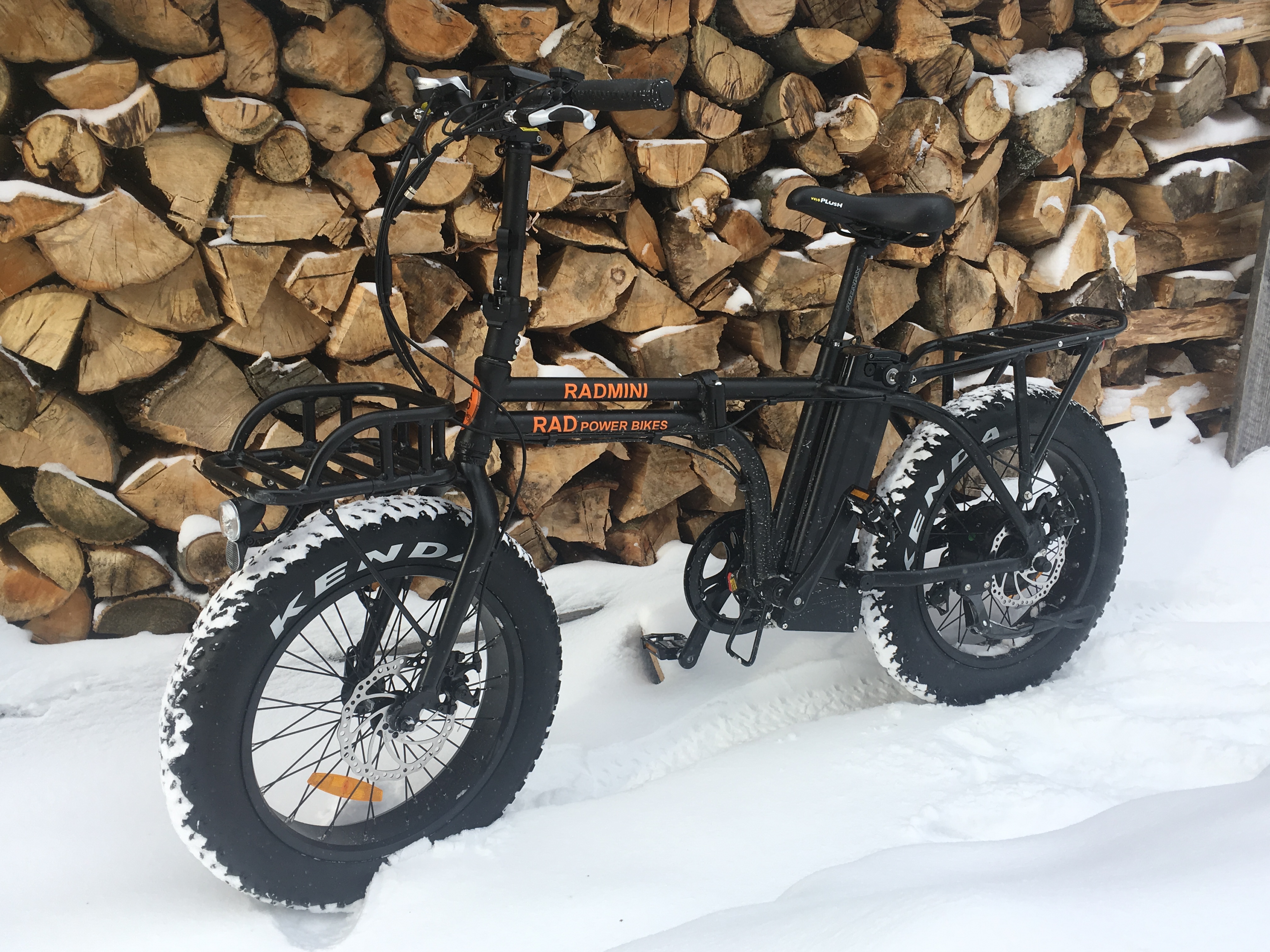 One of Vermont’s well-known characteristics is its rural nature. A lot of us Vermonters don’t live in the City or in a downtown. Our homes are sometimes 10+ miles from a grocery store and on dirt roads, so it feels like our only option is to take the car. The good news is that things are changing so your commutes are more fun, less expensive, and healthier. Although bikes have been an excellent transportation option for generations, many people need something more accessible...something that takes less effort and goes faster than a conventional bike. That’s where e-bikes come into the picture. But not just any e-bike; one that can handle dirt, snow, mud, and pavement.

I’d like to introduce you to Local Motion’s newest member of the e-bike lending library: the RadPower RadMini!

This electric-folding-cargo-fat-bike does it all. From city streets to bike paths to dirt roads to logging trails whether you’re going uphill, downhill, or no-hill, the RadMini will carry you and your cargo in all weather during all seasons. I used this bike to commute from South Burlington to Burlington and back with ease. I traveled across Burlington with a trailer carrying two bike racks and pedaled with little effort up the hills. I even brought the RadMini into the mountains on snow covered logging trails to hunt deer. Especially with a bike trailer in tow, the RadMini is a fierce machine that should make your car or truck more than a little nervous.

Like all e-bikes, the RadMini includes an electric motor that assists you while pedaling. This bike also features both a throttle option (it turns on and off with a button) and 5 levels of pedal assistance. You can see check battery status, speed, and level assist from a large screen on the handlebars. The 750-watt rear-hub motor is powerful, so you do need to remember to be careful at intersections and tight maneuvering situations. While we were getting accustomed to the bike’s features, we had some close calls with buildings and the rear-end of cars (I wish we had a video to show you Local Motion’s Logistics Coordinator, Jonathon, hit the throttle by accident and run the bike up a wall). Once you ride the RadMini for a bit, though, the concerns of a powerful e-bike all but disappear and become natural benefits. Just like for all e-bikes, there’s a small learning curve and need to build muscle memory that are well worth the short adjustment period.

Other features standard with the RadMini include an integrated bright front light that got me home in the dark on both paved roads and through the woods, which pulls its power from the bike’s battery. A bright rear light is included, although you need separate batteries to power this (batteries do come with the bike). In addition, a front rack and a rear rack will hold groceries, camping gear, panniers, and whatever else you might need for a commute, trip to the store, or into the woods. The fat bike tires are very grippy and handle mud or a few inches of snow just fine. The distance you’ll get out of one battery charge varies significantly depending on the terrain you ride, the temperature outside, how frequently you use the throttle, and at which level you set the pedal assist, but expect anywhere from 20-40 miles. If you run out of battery, no problem! Just pedal the RadMini like a conventional bike.

Any Vermonter can borrow the RadMini for free from a Thursday-Tuesday. Head over to the Local Motion e-bike lending library page to find out how to reserve the bike!

Note: The RadMini was generously donated to Local Motion by RadPower Bikes. Their donation lets Vermonters “bike before you buy” and adds another e-bike option for you to consider. RadPower Bikes can be purchased online at www.radpowerbikes.com.