The Island Line: From Rail to Trail 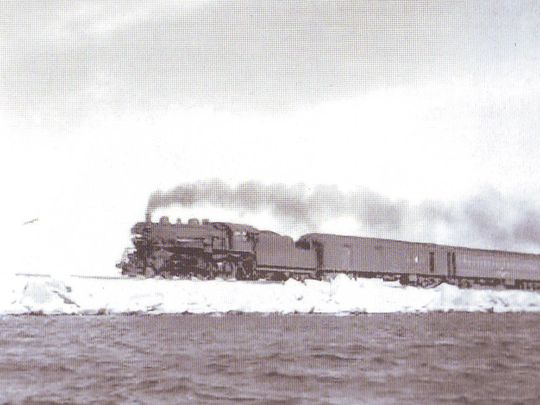 In 1899, the Rutland-Canadian Railroad built the Island Line - one of the world's most spectacular stretches of the railbed. The incentive behind the extraordinary effort was the connection between the bustling New England seacoast and the Great Lakes. The Island Line finally provided a direct Rutland-owned connection from southern New England to Lake Ontario.

The Island Line served the New England communities well until moving freight by other means became cheaper. The last passenger and freight trains ran in 1953 and 1961 respectively. It was not until the early 1980's that Burlington citizens began to rally around the idea of a trail on the abandoned line. 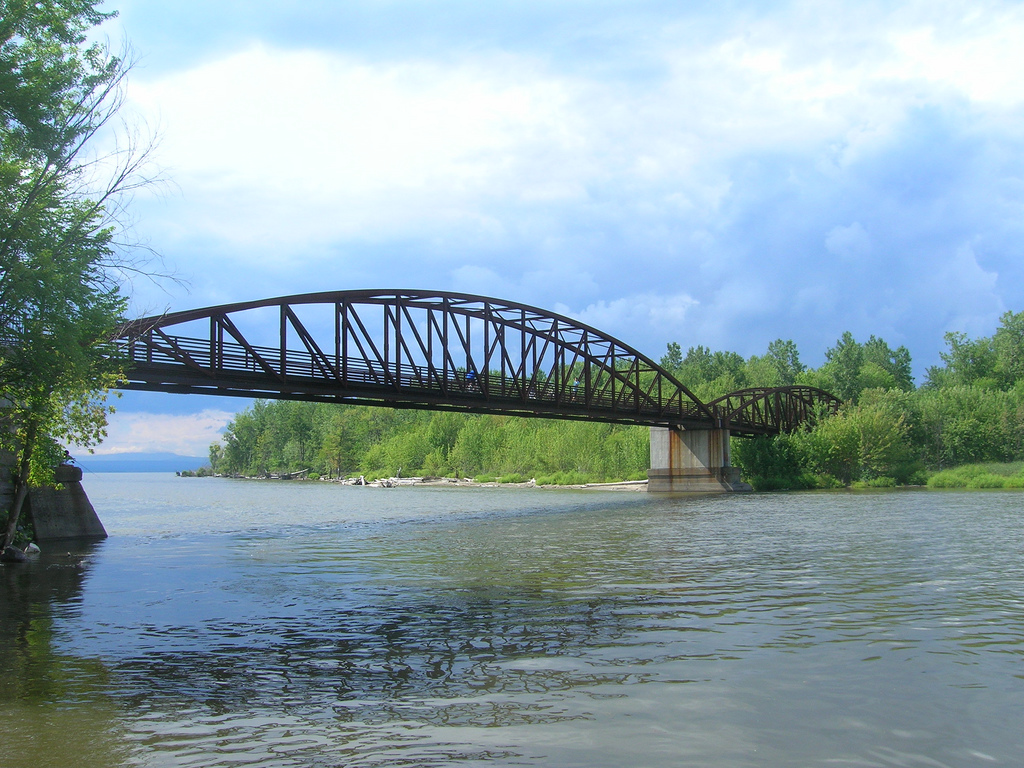 The former railroad bridge over the Winooski River was dismantled in 1972 – only 8 years before citizens organized to redevelop the rail line into a trail. Local Motion’s Winooski River Bike Ferry provided an interim means of connecting the trail between Burlington and Colchester from 2000-2004 and helped to prove the demand for the connection across the river. After the current Winooski River bridge opened to much fanfare in 2004, the ferry operation moved north along the trail to the 200’ cut in the 3-1/2 mile long Colchester-South Hero Causeway.

The Burlington & Colchester Trail Bridge officially opened on August 1st, 2004 with hundreds of enthusiastic trail users. The bridge and its associated ½-mile elevated boardwalk is the link that has permanently united the Burlington Bike Path and the Colchester Causeway into a stunning 14-mile regional trail.
The last Winooski River ferry ran on October 13, 2003, as the new trail bridge was being constructed. This would be the last day of service for old Bike Ferry I -- it was retired after six years of service. Bike Ferry II would move up to The Cut in the causeway.

The Bike Ferry Over Time 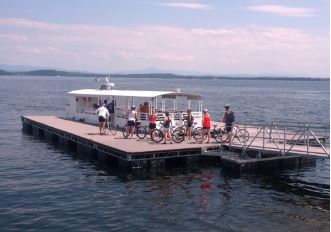 Local Motion's first Bike Ferry ran across the mouth of the Winooski River between Delta Park in Colchester and the Auer Family Boat House in Burlington. It all started when Brian Costello stopped Chapin Spencer on Burlington's College Street in 1997. Brian told Chapin of his vision to connect the Colchester Causeway Park with the Burlington Bike Path. Brian donated a motor and Chapin donated a boat. Charlie and Christine at Auer's Boat House agreed to host the ferry service. Governor Dean and community leader Bill Hauke were our first passengers in 1998.

Each year we have improved the service. Volunteer Steve Hard built our first real stairs down to donated docks in 2001. In 2004, Bike Ferry III christened the "Bill and Carole Hauke" thanks to the generous lead gift that enabled its purchase. As a larger, more stable pontoon boat, it could provide a more reliable service. In 2005, a quick capital campaign raised $55,000 to install new ramps and docks.

Each year ridership and support have grown. In 2005, we started operating two 6-passenger ferries at the cut to handle the demand. By 2008, we were boarding an average of over a hundred passengers per day. Thanks to our 60-100 volunteers who make this demonstration service possible. 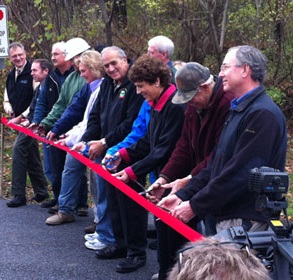 A few years ago, we were on the cusp of launching a capital campaign to raise the remaining funds for our new Bike Ferry infrastructure out at The Cut. In the spring of 2011, Lake Champlain rose to an all-time record high, the damage making it likely that the causeway would be lost, and the capital campaign would be put on hold indefinitely... Then, an extraordinary thing happened -- all the towns came together and FEMA determined the Causeway was eligible for disaster relief funding, covering 80% of the reconstruction costs.

Local Motion decided that instead of canceling the campaign, we would expand our goals and launch a campaign to raise matching funds to rebuild the causeway and the Bike Ferry. That successful campaign was the Big Fix. This campaign united support among the municipalities for the Island Line Rail Trail and brought a new awareness to the extraordinary nature and value of this resource to the whole region.

On November 1, 2012, Local Motion and RunVermont handed over a $50,000 check to the City of Burlington as repairs commenced on two areas of the path (Lakeview Cemetery and Northshore).