In early May I took a ride south to Shelburne. I stopped outside the Pierson Library and locked my bike to the rack there. It is a fine-looking bike rack  but it is designed so that with a U-lock you can only really attach either the front or rear wheel, which is not secure. It seems sad that someone spent so much time designing and building something with so little practical value.

Later in the month, I was at the library again and this time I locked my bike to a signpost. A librarian came out of the library and asked me to use the rack. I explained to him the rack’s shortcomings but I did as he asked. I was only in the library for a short time, so I knew that the bike would be OK. I am not sure what I will do next time I am at that library. 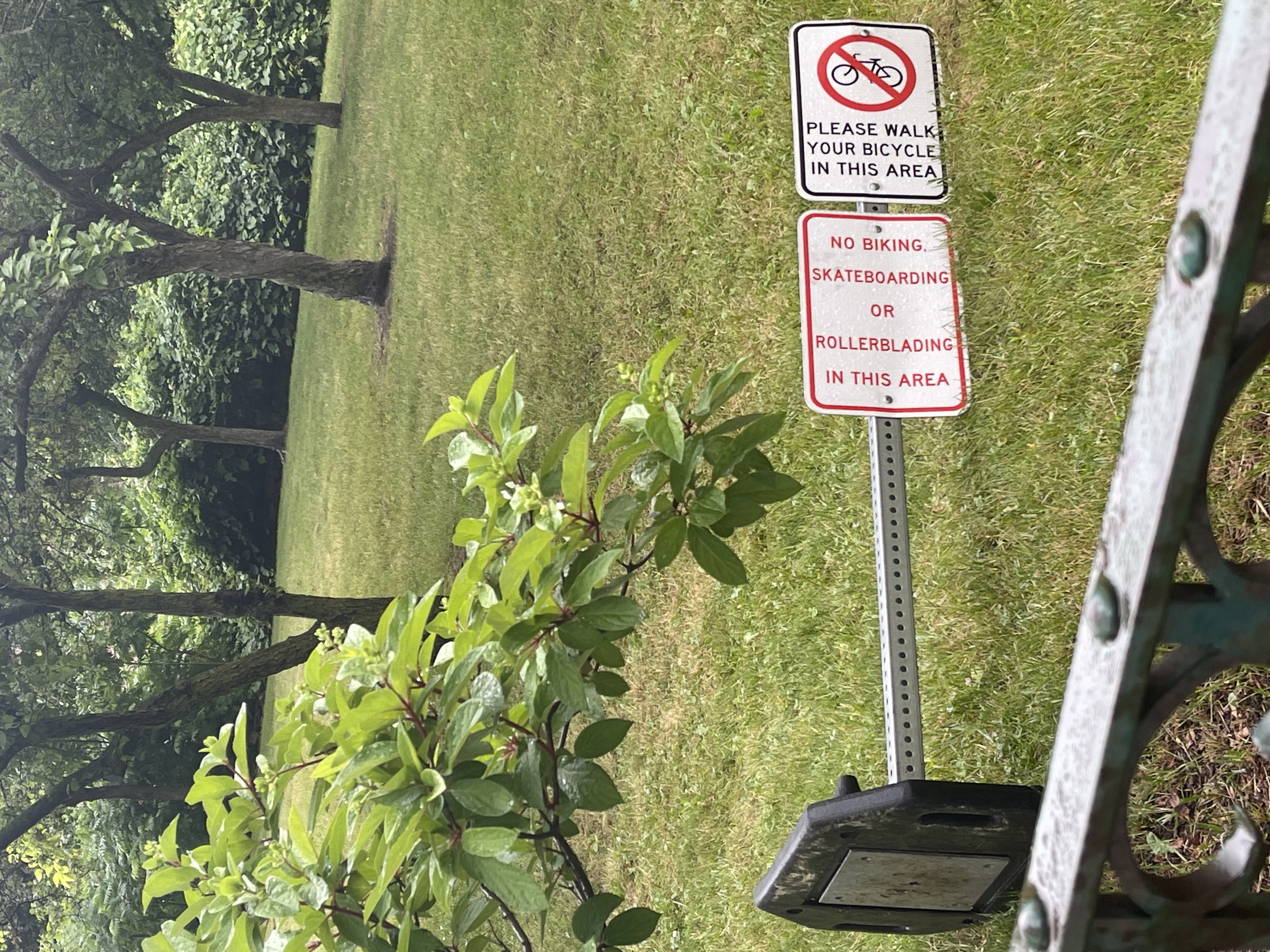 I make granola snacks for myself every couple of weeks. They are a good source of energy on a long bike ride. I don't have exact measurements for the ingredients but they include: a ripe banana, peanut butter, rolled oats, chopped apricots, or other dried fruit, and mixed nuts. Mash the banana in a bowl with the peanut butter and then add the other ingredients. Put the bowl in the freezer for about 15 minutes, this makes the dough less sticky. Wetting your hands first, form the dough into balls and place on a cooking sheet. Bake for about 15 minutes at 300 degrees. Be careful not to burn them! 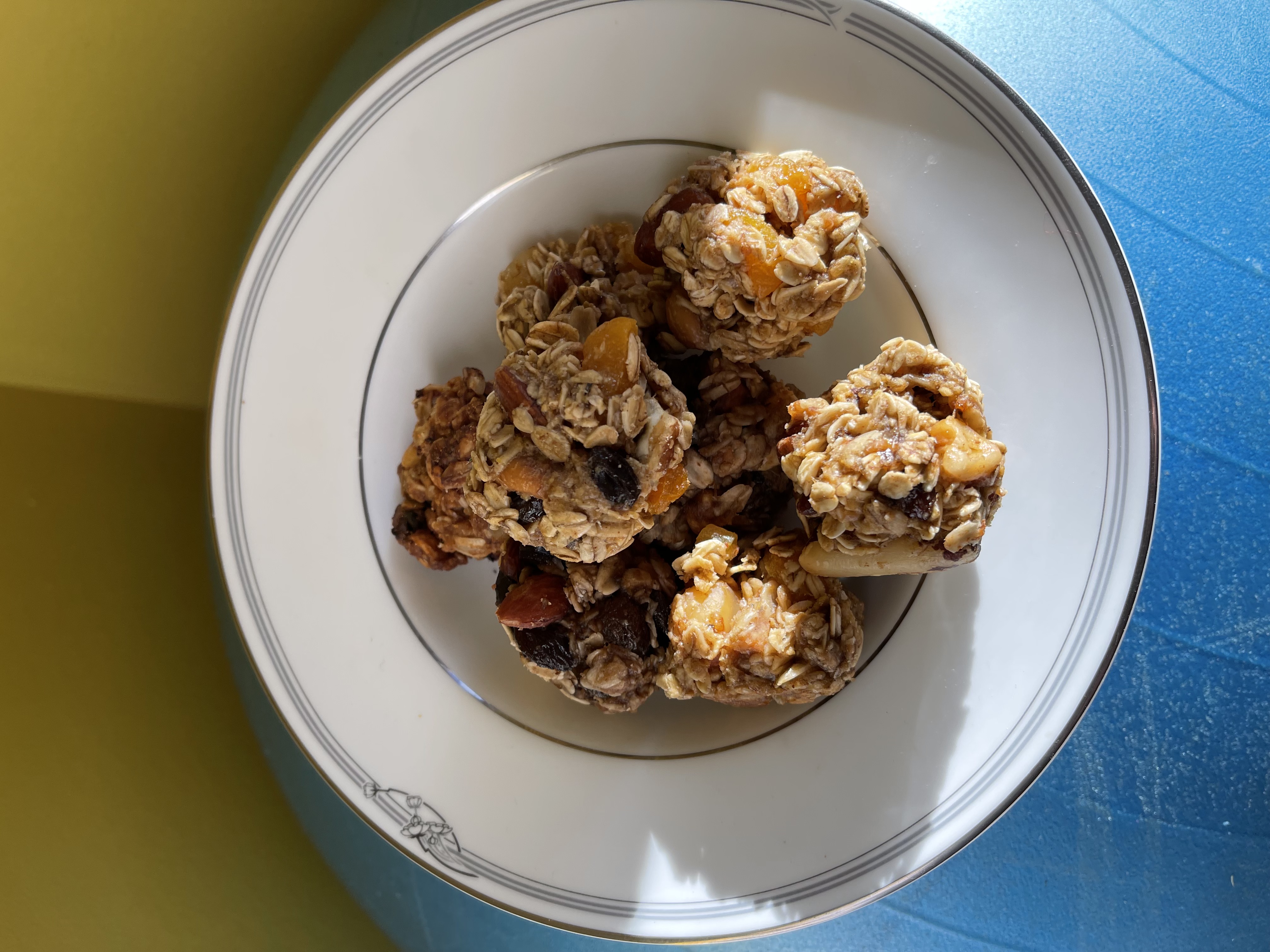 On Saturday, June 4th I got up at five a.m. and was able to leave the house at around six. Leaving early in the morning means avoiding most of the morning traffic. It was a bit chilly, in the 50s, so I had on a couple of extra layers. I wore a backpack because I needed somewhere to put the layers as it got warmer. I took plenty of snacks with me because I knew I would be riding for a while. I headed north on Route 7, and then took Route 2 toward the islands. This was the first island ride of the year for me. In the last year, all the roads I use to circle South Hero and Grand Isle have been paved, so I could use my road bike for my adventure. I stopped a few times to snack and drink some water. Before I left I added some lime juice to my water so the water was more refreshing. During my breaks I listened to 1619, a grim book about the legacy of slavery in this country. I took the Causeway and the Bike Ferry back. 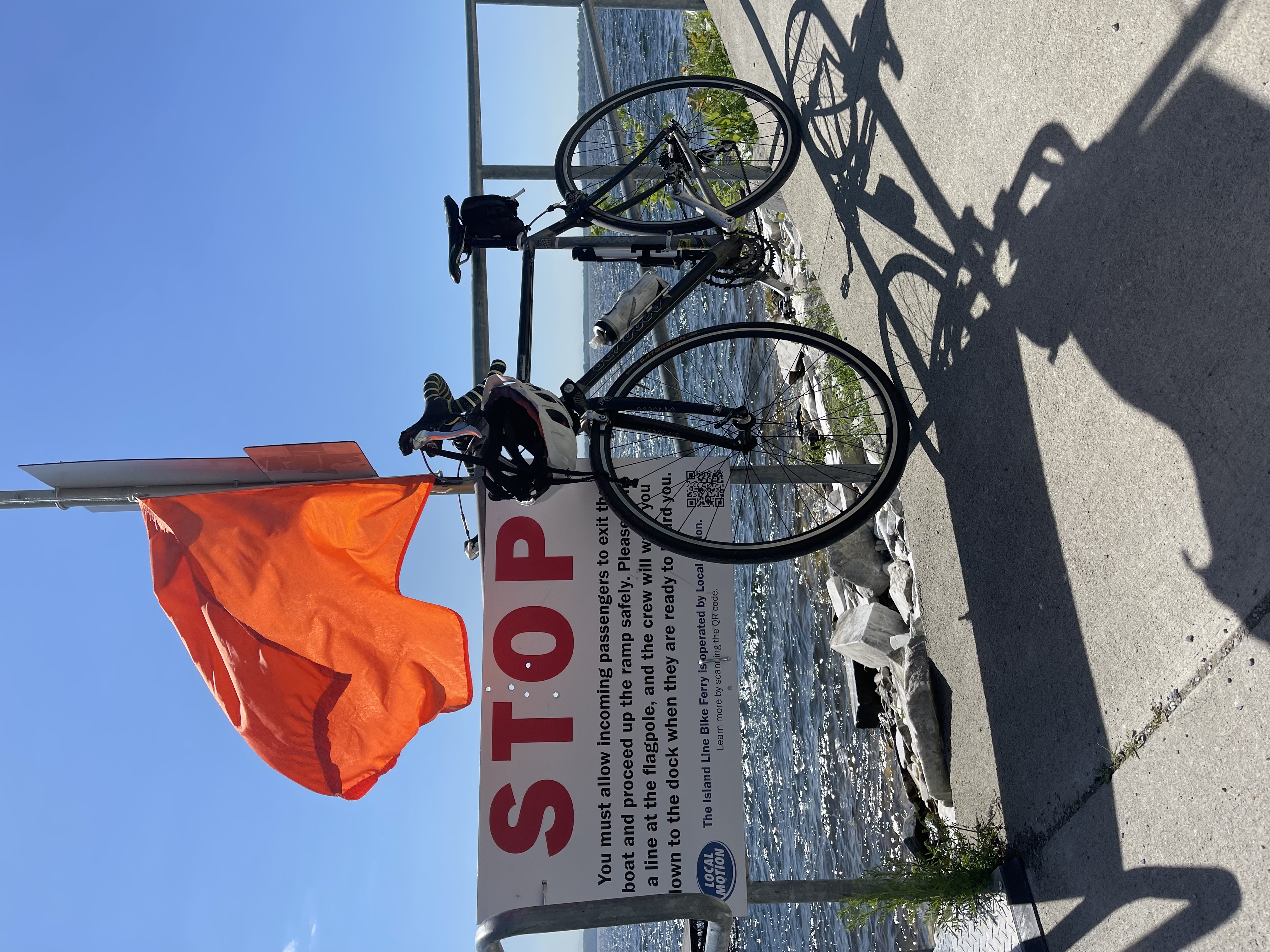 On Saturday, the ferry is very crowded going from the Colchester side but as I had planned, only a few people shared the ferry with me heading south. Frank, one of the stalwarts of the ferry crew was there for the first time in two years. It was great to see him again. The wind was in my face riding back on the causeway, but once I got into the wooded section of the path, it was much easier to ride. At Airport Park someone asked me if I knew of a place to inflate tires. I offered my pump but unfortunately, it did not fit the bike valve. As I was riding the Burlington Bike Path, some people on heavier bikes than mine were passing me. After six hours on a bike, I slow down. I took Shore Road to the 127 bike path and headed home.