A lightweight waterproof jacket comes in handy in a sudden rainstorm or if it gets cold unexpectedly. Make sure the jacket is actually waterproof, look for sealed seams. Bring it along even if you think you will not need it. A stuff bag can make the jacket easier to pack.

In June, I decided to put a bike pump and a lightweight waterproof jacket on all four of my bikes. Before that, I switched the pump between bikes but from time to time I forgot to make the switch and then felt anxious to be riding without a pump. I bought three more pumps and the problem was solved. The problem of jackets was more complex. I had three waterproof jackets and got another one in the consignment area of Outdoor Gear Exchange. On my fat bike, I put the jacket in a handlebar bag, on my red gravel bike the jacket fit under the seat, and on my commuter bike, the jacket went into a saddlebag. On the road bike, the saddlebag is too small for the jacket and there is not enough room under the seat either. I bought a frame bag, but that did not work so I had to return it. Then I tried to get a second-hand saddlebag at Old Spokes Home, but I couldn’t find one that worked. Finally, I decided to rearrange the jackets, some are more compact than others. I managed to get one jacket stashed on each of my bikes, with the most easily folded jacket going in the small saddlebag on my road bike. I took my red bike for a long ride in July. It was a chilly morning so I wore my lightweight rain jacket for part of the ride and when it got warmer I stuffed it under my seat. Unfortunately, somewhere along the way, the jacket fell off the bike. Stuffing it under the seat was not a good idea. The next day I went to Outdoor Gear Exchange and got another waterproof jacket in the consignment section. I bought a little storage pouch that attaches to the front fork of the red bike and that is where I store a rainproof jacket. Now I have a jacket and a pump on each bike. It has proved useful on days when rain is not predicted in the forecast but happens anyway. In the past, I would have been caught without a jacket.

In early March, I had an afternoon appointment with my dentist. A tooth had been bothering me for a while and I wanted her to take a look at it. I feared the worst and felt anxious as I set off from downtown Burlington to her office on Kennedy Drive in South Burlington. The ride from downtown Burlington to Dorset Street and then Kennedy Drive is always very challenging. The entrance and exit to Route 89 and the lack of good bike lanes make it a dangerous ride, but I am stubborn and I try to ride on the road whenever possible. It took all my attention to get to the dentist's office and when I got there I realized that I had not thought much about the visit because I was so focused on the ride. Later I told my dentist that she should have all her anxious patients ride a bicycle to her office so that they would be distracted until they actually got there. She thought it was a good idea!

Audra, my dentist, told me I had to get the tooth extracted. I made an appointment with an oral surgeon whose office is also off Kennedy Drive. I had to wait about two weeks and in that time the pain got much worse. I took medication but it was only partially effective.

On the day of the extraction, I left early and headed to Lime Kiln Road off Route 15. On Route 15 a guy in a pickup shouted, “You’re an idiot for riding in the road!” I gave him the thumbs up and yelled back “Yeah Baby!”  I was pleased with my response. Often, when someone shouts at me, I am not ready with a quick reply, and only in retrospect do I think of something good to say. The French have a term for that phenomenon: L'esprit de l'escalier which translates as  ‘the spirit of the staircase’.  It means that as you are leaving somewhere you think of a  witty response to something said earlier on. Just after the pickup truck interaction, I realized that I had not been thinking about the extraction. Distraction works! I stopped at Express Appliance just off Airpot Parkway. I was looking for a new stove and the appliance store was on the way to the oral surgeon. I narrowed it down to three stoves and the next day I ordered one of them.

My anxiety level was pretty high on the way to the oral surgeon. Part of my mind remembered the successful extraction he had done in the past, during which I did not feel any pain except when the needle went in for the anesthetic. Another part of my brain remembered an extraction years ago in Brentwood on Long Island. The dentist was annoyed that I had let my teeth go and pulled out two of them without adequate anesthetic. I think it was the worst pain I have ever had in my life. Also, about eight years ago I had to have another tooth pulled. A different oral surgeon tried local anesthetic but it hurt so much that I had to go back again and they did it under general anesthetic instead.

When I got to the oral surgery I counted my breaths as I sat in the waiting room. I tried to focus on my breath instead of on negative thoughts. I meditate every morning, and so I had some success.

After I was injected with Novocaine the chair was tipped back and they left me alone so the Novocaine could take effect. I found that I could relax my body, even though I continued to have a knot of anxiety in my gut. Much of the pleasure and happiness in my life has this equivocal character. During the week or so of the toothache some good things happened, I had positive financial news, I did some great swimming and I spent time with cherished friends. At the same time the tooth was always at the back of my mind and if it is was not the tooth it was something else. Maybe it is only when we are children that we can be completely happy.

The procedure was painless as promised, but not pleasant. I will spare you the details. They had me put some gauze in my mouth and I headed out. On the way home I stopped at Price Chopper on Patchen Road and got some Greek yogurt for my son and some pre-cooked Chinese noodles for myself.

The rest of the ride home was uneventful. 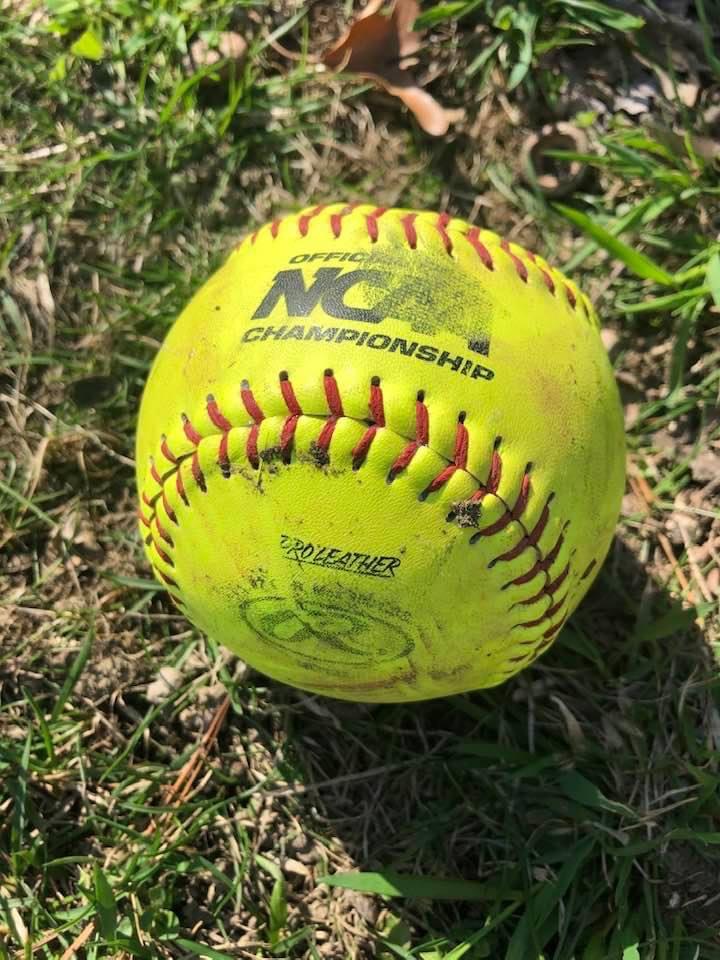 In April I went for a walk near Gilbrook Pond. It was a fine day and more people than usual were around. I took a photo of the pond and later in the walk I saw a softball on the ground. It brought back memories of my days as a softball player. A few minutes later I came upon an actual softball game at Saint Michael’s College. The softball was a foreshadowing of the game to come.

The next day I took a walk in the Casavant Nature Area. I saw some playing cards on the ground and thought they might be a foreshadowing of something to come later on the walk.  As far as I know, they were not. 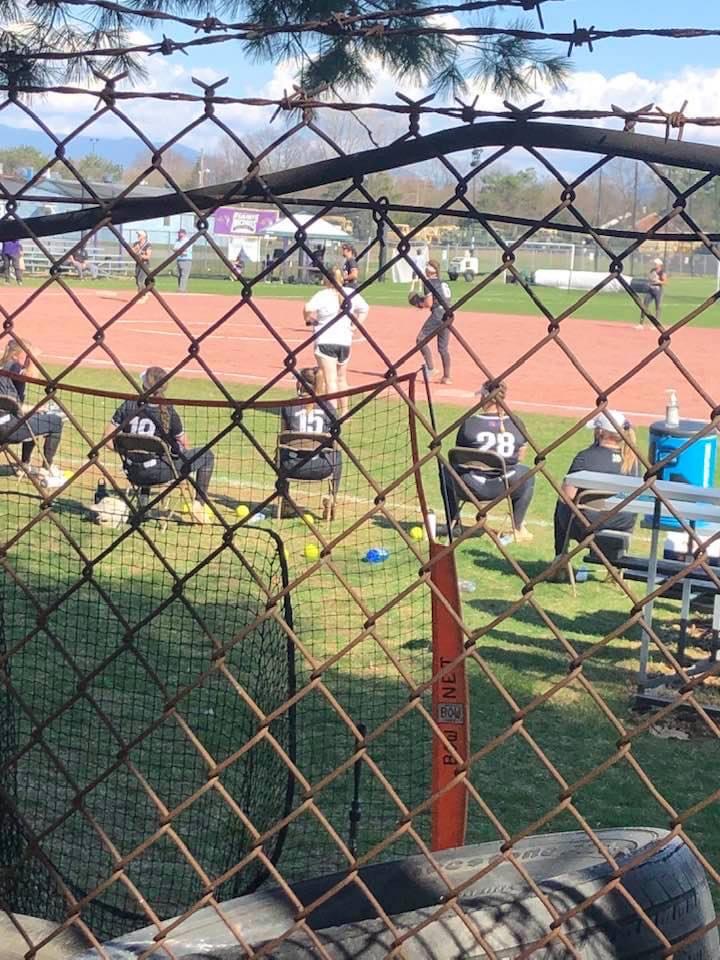