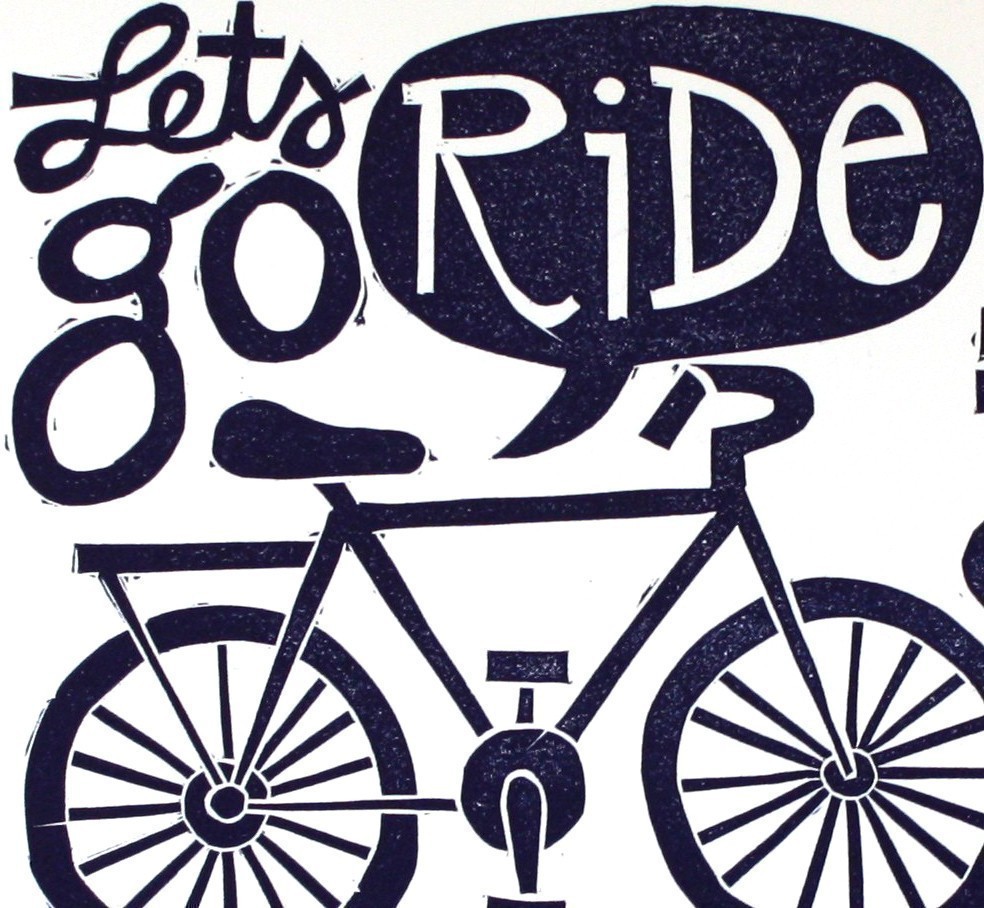 I do a fun ride every Sunday, a ride that allows me a temporary escape from my day-to-day life but also a ride that takes place in the context of the rest of my life.  I always feel a sense of escape when I'm on my bike, but I also bring along my physical ailments, anxieties and preoccupations. My spiritual practice is to focus on the present and while I'm not very good at it, I do make an effort. When riding there is always a lot going on in the present. I can be appreciating the brilliance of Queen Anne's Lace and Chicory by the side of the road, anticipating the next hill, worrying about a chronic physical condition and feeling grateful that my legs are strong, all at the same time. Riding is a complex activity.

The night before I used my ride check list to gather supplies for the next morning. I believe in checklists. If I don't use one, I am sure to forget something essential. In the photo you can see the pile of stuff I gathered the night before the ride. In the morning I go over the list again and make adjustments. For example, the night before the Sunday ride I thought that I could get by with a windproof vest, arm warmers and a short sleeved jersey but the next morning it was in the upper 50's so I decided to go with a lightweight windbreaker and reflective vest over a wool short sleeved bike jersey. I was glad I made the change.

I had my usual breakfast, two slices of whole grain bread spread with peanut butter and honey and a cup ofblack coffee. After getting into my bike outfit, and packing all my gear, I was ready to set out. I left the house at 6:30 AM. I am paranoid about locking the house door, so each morning I have a word to say when I turn the key in the lock. That way, when I try to remember if I have locked the door, I can refer back to the word. The word for that Sunday was 'incantation.'

I headed up Route 7 from Winooski to Chimney Corners. It was one of those amazing mornings when the humidity is low and the sun shines through complex clouds. The various shades of green jumped out at me from both sides of the road. I felt strong as I began my ride. This Sunday ride followed roads I have ridden many times before. There are landmarks that I notice every time I ride the route, including Imago, a sex shop on Jasper Mine Road, a brown house with a sloping roof on East Road and the house with the mysterious garden on Depot Road.

I always bring along my cell phone, but usually don't check my email. On this particular day, a late morning swim lesson was still up in the air and I was also helping to plan a camping trip. These considerations became part of the ride.

After an hour I stopped at the Bear Trap Road Bridge over the Lamoille River. 'La moille' means 'the muddy' in French. This spot is a regular resting place for me. I can pee under the bridge without being seen and there is a concrete ledge I can sit on to eat my snack. That day I had a banana. As I was clambering down under the bridge a sculler on the river asked me if I was bouldering. I said I was just stopping for a break. I did not mention that I was also waiting for her to row out of sight so I could respond to the call of nature. As she headed away from me she started groaning with the effort of rowing, as if she was in a lot of pain. She also spoke critically to herself about how she was rowing. I checked my email, but there was nothing about the swim lesson.

When I first started out, I thought I would take Manley Road up to Ballard Road and then take 104 to Lake Arrowhead Road but when I got to the bridge and looked at the time, I shortened the ride and decide to take Lake Road back to Route 7 and then ride Main Street in Milton until I got to the intersection of North Road and East Road, where I had my next break. On Lake Road I saw a woman I have seen before, walking up and down her long driveway. She seemed to be walking for exercise, but I thought it was sad that she should be limiting herself to her driveway, when there are so many other beautiful places to take a walk. In Milton I saw a man and a black dog who I have also seen before. They were on their way to check a mailbox. As I approached Milton, the sky got gray and I realized once again how powerfully sunlight transforms the landscape. I don't mind riding in cloudy conditions, but summer sunlight on the landscape is glorious. At the intersection of East Road and North Road I ate my second banana and got some texts about the camping trip. I peed behind a large tree set back from the road.

As I rode down East Road a motorcycle passed me. The rider had 'La morte' on the back of his motorcycle jacket. 'La Morte' means 'death' in French. On that same road I felt annoyed by the amount of traffic. Sunday morning is usually a good time to ride, traffic-wise, but there were lots of cars that morning. On East Road the wind was from the west and I thought of this poem -

'Westron wynde, when wilt thou blow,
The small raine down can raine.
Cryst, if my love were in my armes
And I in my bedde again!'

My final stop for the day was at the Simon's store on Route 2A in Colchester.

I used the port-a-potty in their parking lot. It was still a cool morning, and I was grateful for the heat that had accumulated in the port-a-potty. It sits in the sun, and can get quite warm. I ate some trail mix and had the last of my water. I have learned, over the summer, to eat something every time I stop for a break. On a longer ride, keeping some food in my stomach makes a big difference.

When I got home, I got an email that the swim class was cancelled. That meant I would have some more time to swim before work. My day continued on.