As the weather gets colder, and it gets dark earlier in the day, I have shifting some of my rides to the early morning.  On the evening of November 3rd I got ready for a ride the next morning.  The more I prepare ahead of time, the less I have do early in the morning.

I pumped up the tires, lubricated the chain and put some snacks in my front pannier.  I also set out the clothes I would need and put my fully charged lights on the bike.  I use a front and rear light on my helmet and a front and rear light on my bike.  I used to attach a rear light to my backpack, but I often forgot it was there and walked around inside, flashing like a lightening bug. I decided to use regular shoes instead of clip-in bike shoes. As it gets colder and my rides get shorter this is a good option.  My feet stay warmer. I also brought along a swim suit and towel so I could take a sauna and a shower after my ride.

The next morning I got up at five, had a bagel with cream cheese and jam and then got ready to ride.  I wore mittens, a neck warmer and a warm hat. It was about 48 degrees when I left the house but windy. The wind was from the south so I knew I would be blown out along the causeway, and then it would be a challenge riding back.  It was one of those rare days when I was not on a tight schedule, so I I could take my time.

I use Niterider front lights and and set both front lights at the second level of brightness. I left the house around six, well before dawn.  That early in the morning I avoid most of the rush hour traffic. I don’t like to ride through Mallets Bay during rush hour. There is not much space for bikes. When I got to Mallets Bay I started seeing school busses beginning their morning routes.

Along Mallets Bay Avenue, in the wetlands, there are no streetlights and I depend on my lights. It gives me extra confidence having two good lights. If one of them fails I can still get by with the other one. Paradoxically it is safer to be riding in the dark with good lights than riding at dawn or dusk. My lights make me highly visible. Early in the morning when there is little traffic, cars coming up behind me usually give me lots of space. When cars are coming in the opposite direction, that is when drivers get a little closer.

I rode to the end of the Colchester Causeway and stopped to take a few photos.  It was before the sun rose and I had the causeway to 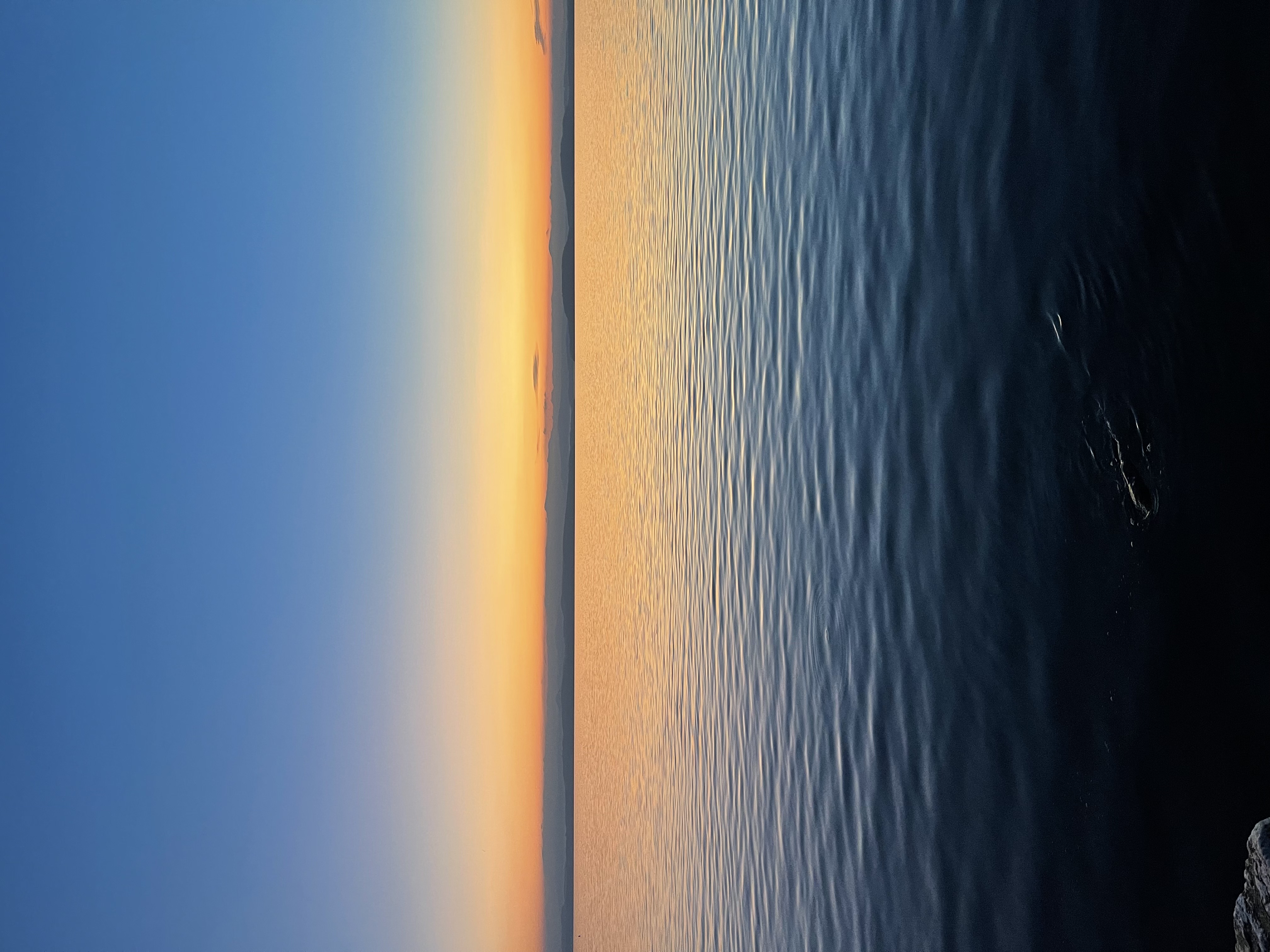 myself.  On the ride back I saw a seagull above me and to the right.  I glanced away for a couple of seconds and when I looked again it was gone.

It reminded me of a scene in “Jonathan Livingston Seagull” when the ancient seagull master appears to Jonathan and flys with him for a while and disappears.  I read JLS in 1978 when I was student teaching at an alternative school in Brentwood New York.  I met with students and another teacher at the teacher’s house to discuss the book.  I knew that JSL was a wretched book, but I could not explain why.  I was accused of elitism and intellectual arrogance.

Things that happen to me when I ride often bring up memories.

I stopped at Airport park to use the Porto-potty. I am grateful that the Town of Colchester provides one in the park.  They shut down their regular bathroom early in October. I rode down the bike path to the bottom of College Street and then up to the YMCA.  The whole ride took about two and a half hours. 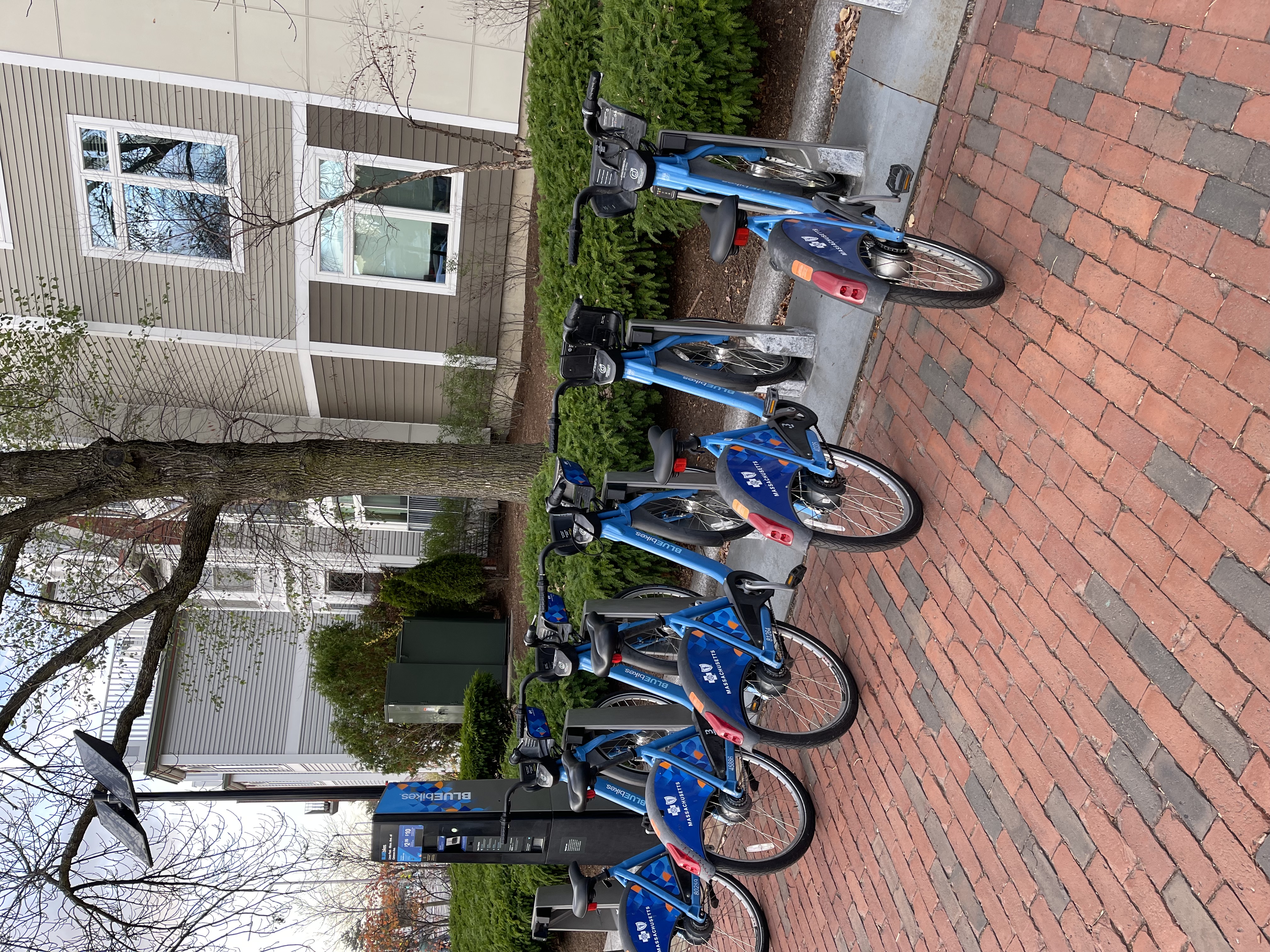 Twice a year I go to visit my daughter Alice in Medford, just outside of Boston.  I love seeing her but I also feel sad when the weather is beautiful in Vermont and I am in a city without my bicycles.  I take the bus down from Burlington and it seems silly to get a folding bike for a trip I take  twice a year.  I thought that by the beginning of November the weather would have cooled down, but not this year!  On Saturday the 5th of November it was 75 degrees in Boston.  I told Alice I missed bike riding and she suggested we rent two bikes and go on the local bike path.  It was a great idea.  As soon as I started riding I felt happy, in spite of the fact that the rental bikes are slow and the bike trail was busy.  Just being on a bike felt great.  We rode to one end of the Medford Bike Path, then turned around and rode back the other way.  It was inexpensive and easy.  We were out for about an hour.  Renting a bike is something I plan to do whenever I visit Alice in Boston.