I mostly walk-in Winooski or Burlington.  For personal reasons I hardly ever travel, so I am a local walker.  In Winooski, I sometimes walk for exercise.  I do a circular route that includes the  Winooski schoolyard and also a graveyard on Weaver Street.  This route takes about an hour.  Last spring as I walked, I noticed where the blackberries were blooming.  My plan was to return to those places in the summer when the blackberries were ripe, but I didn’t time it quite right and missed the best of the blackberries.

Over the years I have memorized a little more than an hour of poetry. I have written some of the poems myself including three Arthurian Legends and poems about the Billy Goats Gruff, the Three Little Pigs and Goldilocks.  I have also committed to memory two Scottish ballads: Tam Lin and Sir Patrick Spens.  Other poems are by some of my favorite poets; William Blake, Lewis Carrol, Edward Lear, and William Butler Yeats.  I slowly add new poems to the poetry cycle.  It takes me a while to memorize something new.  My Winooski walk is just long enough for me to recite all of my poems.

Sometimes,  instead of reciting poetry, I practice storytelling.  For the past few weeks, I have been working on a story about my divorce.  I will be telling that story at  Storytelling VT on Tuesday, December 3rd at 7:30 PM at The Light Shop on North Winooski Avenue in Burlington. The event is free and I hope you will consider dropping by. There will be some amazing storytellers performing that night.

‘In Praise of Walking’ by Shane O’Mara 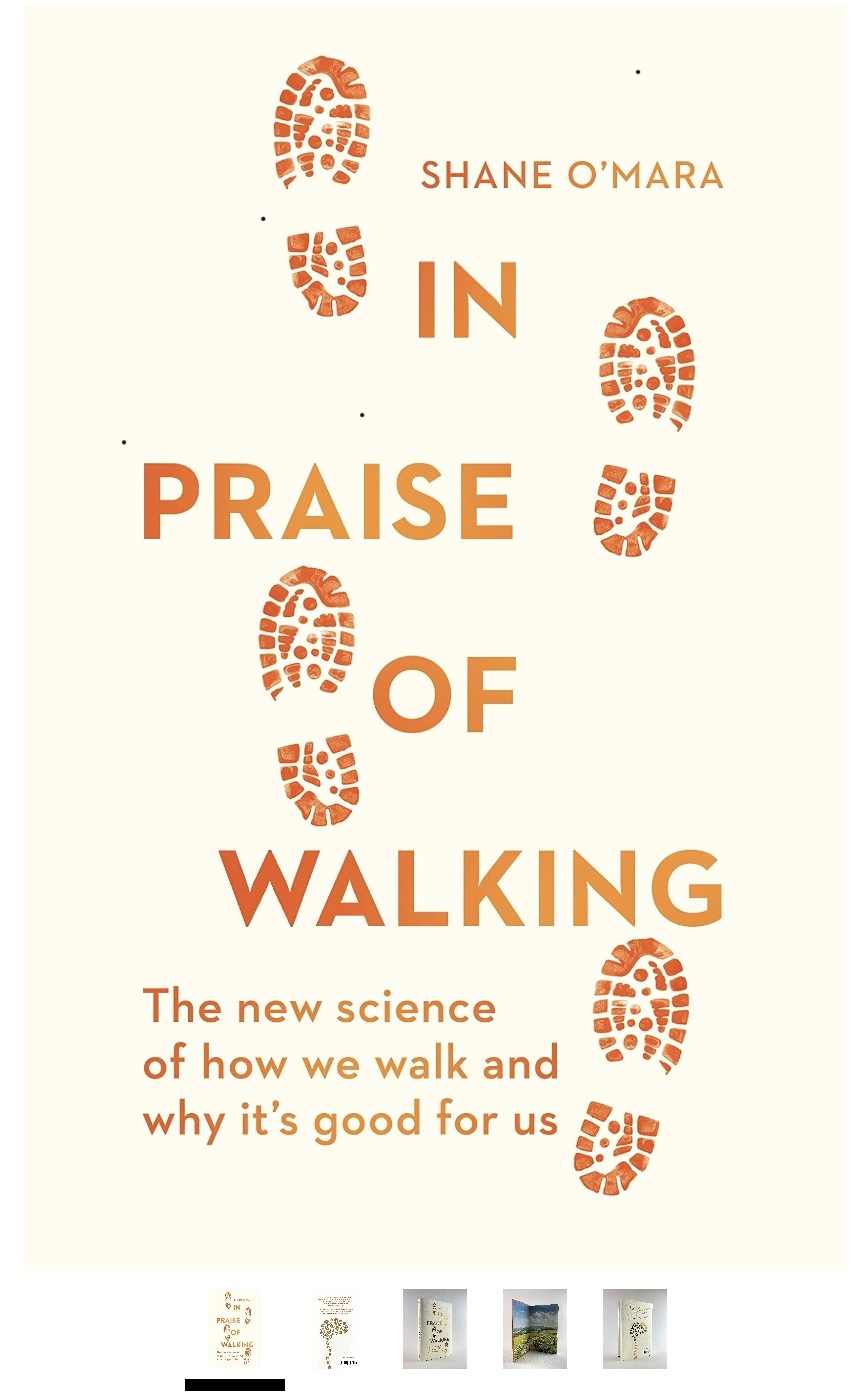 There are more books about walking than there are about bike riding.  Maybe that is because more people walk than ride bikes.  The books about bike riding tend to be practical, while those about walking are usually more literary and spiritual. ‘In Praise of Walking’ is an exception.  It is mostly about the benefits of walking from a scientific perspective and it discusses how walking changes the mind and body.  ‘In Praise of Walking emphasizes that even a little extra walking each day confers great benefits.   It one of a whole bunch of books that explain our behavior in terms of new discoveries about the brain.  I read many books, and often I forget them shortly after I finish.  This is the same with walks, most walks are forgettable. But I think I will remember something from “In Praise of Walking’. He says that when someone is caught in an avalanche they often can’t distinguish up from down, so they end up digging themselves deeper into the snow pile.  He says that you should drool on purpose and the way they drool flows will tell you to dig in the opposite direction. I thought that was very clever.  I am not a skier or a winter hiker, so the likelihood of my being in an avalanche is small, but you never know!

Many of my walks are carefully planned and executed.  The route is set before setting out. But there are other kinds of walks that are filled with digressions.  This can happen when you are walking with a young child or a dog.  They want to investigate things along the way. In these walking essays I have given myself permission to digress and cover topics that are not directly connected to walking, although we know that in this universe, everything is connected in one way or another.  16th Century French essayist Michel de Montaigne was a master at digressing.  I hope to walk in his footsteps.  Here is what he says about walking -

“Every place of retirement requires a walk: my thoughts sleep if I sit still: my fancy does not go by itself, as when my legs move it: and all those who study without a book are in the same condition.”

When you walk with a friend, there is a kind of intimacy and connection that is hard to achieve in any other way.  Many years ago, when I was falling in love for the first time, I asked the young woman in question to go for a walk, and she agreed.  It was the fall.  We walked along the path of some power lines and picked wild blueberries. Near the end of our walk, she let me hold her hand.  I was very grateful and happy.

When you drive somewhere with a friend and sit next to them in the front seat, you are also moving forward together but in that case, the person driving is usually more in charge than the passenger.  When walking with a friend, the relationship is more egalitarian.  Automatically, by unconscious agreement, two walkers adjust their speed to each other. The faster walker slows down and the slower walker speeds up.  They understand that walking together, like living together, involves compromise.  Things get more complex when groups of people walk together.  How does the group figure out the configuration of walkers? Who goes in front and who behind?  Seeing a group of people walking together tells you a lot about who they are and how they relate.