On the evening of June 11th, I prepared for a ride up to Saint Albans from my house in Winooski. I checked the weather and saw that it was going to be cool in the morning and warmer later in the day. I use a checklist for long rides, so I consulted the list before preparing everything I would need. For the cooler part of the ride, I took out a long sleeve shirt, a windbreaker, and a pair of garden gloves. The garden gloves aren't very thick but warmer than fingerless bike gloves. I also set out a pair of bike shorts, socks, bike gloves, buff, hat, sunglasses, and a variety of snacks.  I filled my water bottle and added some lemon juice, which makes the water more refreshing. I packed a map because I am unfamiliar with some of the roads in Georgia and Saint Albans.

I got up at five a.m. on Sunday morning and had banana mashed up with some peanut butter. This breakfast is easy to digest and lighter than my usual breakfast of granola or a bagel. Banana and peanut butter also gives me plenty of energy for riding. I left the house around six a.m. and the sun was already up. I enjoy riding up toward Georgia and Saint Albans, but it entails taking Route 7 north from Winooski. There is not a lot of room for bikes, so I prefer to ride when there is little traffic. I was on my road bike, so I made good time up Route 7. Then I took a left onto Route 2. I made my way to West Milton Road, where I stopped at the bridge over the Lamoille River. Before I left, I saw a man in a pedal Kayak. His kayak was filled with equipment, and he was fishing. We exchanged greetings and I thought, “There is an eccentric old man.”  After a few moments, I realized that someone could say the same about me! 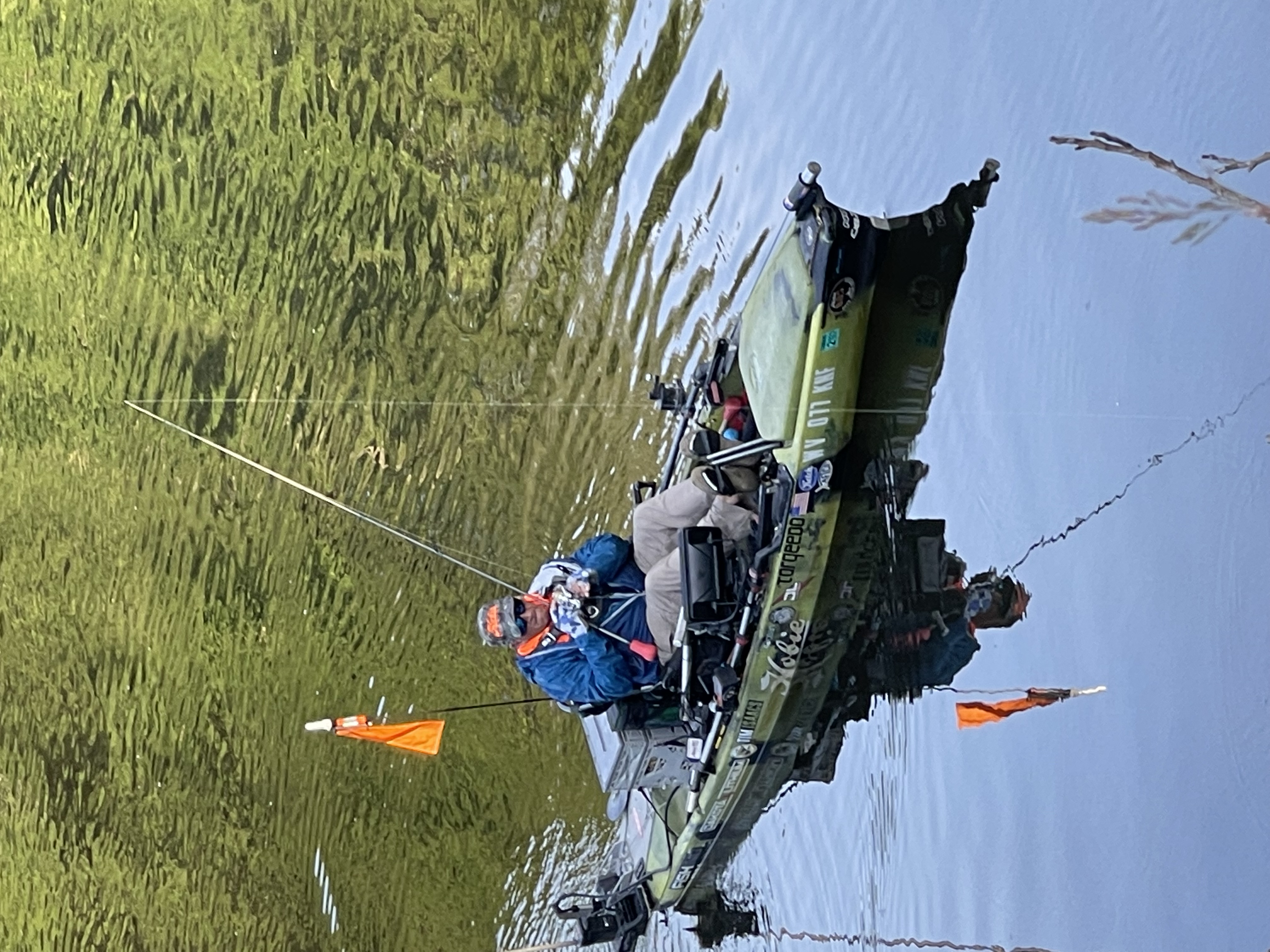 I continued north until I got to Georgia Shore Road and then stopped at Georgia Beach for a short break. It was still early, before the park officially opened but luckily the bathroom was open. I was feeling pretty good, so I decided to add some miles to my original route. Instead of going straight into Saint Albans, I headed north toward Swanton. I rode on Maquam Shore Road and looped back on County Road. County Road is straight and flat, and that is when I realized that I had underestimated how strong the wind was from the south. At Georgia Beach, I felt strong because the wind had been pushing me from behind. Now I had to pay the price of my hubris. It was a tough ride on County Road and I had to stop to take a break.

I made it to Saint Albans and tried to lock my bike outside The Traveled Cup coffee shop. The lightweight lock I brought did not work, so I just put my bike outside the window where I could see it. It is a combination lock, and I later discovered that somehow the combination had changed one digit. I still don’t know why. I had ginger tea and a bagel with cream cheese, and then headed over to Rail City Market. A friend of mine who enjoys chocolate gave me a lead on some Rabble Rouser Chocolate flavors that are not available at City Market in Burlington, where I usually purchase chocolate. I discovered that the reason they don't have the flavors at City Market is because they are premium flavors that cost more. I got four chocolate bars for my friend and headed south out of Saint Albans.

I rode to Georgia Center and took a break sitting next to the Church. I also got some water at the community center. My next stop was Georgia City Market, where I bought some potato chips and filled up my water bottle. I sat outside on their porch and ate my chips. A loudspeaker was playing music from the 70s. Sadly, I knew every song!

I rode to Fairfax, then Weston and then headed home. It was a long but satisfying ride.

The Winooski Bike Gang meets every Wednesday at 5:30 p.m. in front of the Monkey House on the Winooski roundabout. This is the second year of regular rides. I am one of three ‘Ambassadors’ who plan and lead the rides. Last year we had an average of 6 to 8 participants. This year we have between 20 and 25 riders. On June 15th, I thought we were a little disorganized so I talked with my fellow group leaders. We decided to make a few changes, including having one person as the leader and another person riding sweep. That seemed to help for the next ride. On the June 23rd ride I was the sweep, the last rider who makes sure nobody is left behind. We took the Riverside Avenue bike path over to the Route 127 bike path.  Some people decided to ride the trails through the Intervale and then they met us on the 127 bike path. Ideally that is the way the ride should work; we all know where we are going, and individuals have the choice of taking alternate routes. Along the way, some people got tired and dropped out, but many made the whole ride. The wind was strong from the south and when we got to the first bridge on the Causeway, I let everyone know that if we went to the end of the Causeway, the ride back would be a real challenge. Some people opted to keep on going, others turned back. I rode to the end of the Causeway and the ride back was indeed a challenge. One of the luxuries of riding at this time of year is how long it stays light. We did not have to worry about getting back to Winooski before the sunset. Last year I just went home after the rides but this year, I have stayed with the group for a beer and a slice of pizza. It has been great getting to know some new people. I ordinarily ride alone, but I love riding with a group and feeling that I have helped to make it a good experience for everyone.

A few weeks later we started having two rides every Wednesday. A ‘Party Ride’ which is a relaxed shorter rider and a ‘Business Ride’ which is longer and faster. That seems to be working well, and I usually lead the party ride.