When I ride from Winooski to the Burlington YMCA, I go down Pearl Street. The pavement is in bad shape, and there are lots of potholes. It is difficult to avoid all of them. If my smartwatch detects a big bump, it asks me if I am OK. I have to indicate that I am OK and that I did not fall off my bike. Once, by mistake, I indicated that I had fallen off my bike and the watch called 911 as well as my emergency contact person. I had to explain to the 911 operator that it was a false alarm. I also had to apologize to my friend who thought I had been in a serious accident.

Be extra careful when you cross railroad tracks, especially in the rain. Tracks can get very slipppery. If the tracks cross the road at an angle, try to cross the tracks at a 90 degree angle. This may mean that you have to move into the center of the road, so wait until there are no cars coming in either direction. In my bike career I have twice fallen when crossing tracks. The first time was many years ago on the Burlington Waterfront and the second time was just last year on Intervale Road. I was riding my fat bike, but it was raining and I was not paying attention.

Being tired but still riding

I ride my bike every day, all year round. Sometimes, on Thursday evening, after teaching swimming at the YMCA I feel tired. Because I ride everyday, I have a level of fitness that enables me to get where I need to go even if I feel tired. If I had a car at my disposal I might feel tempted to drive home, but when I get on my bike I never feel that I can’t make it back to Winooski. The ride is sometimes a challenge in the winter, but it has just become part of what I do.

After many years of struggle I no longer have to worry about money every day. I have paid off my house and because I do not own a car, my monthly expenses are reasonable. I could indulge myself with more high-end bike equipment or even a new bicycle but I feel that what I own now is enough. Before I buy something I ask myself if I really need it. The answer is usually no.

The never ending pursuit of new things is one of the causes of our present environmental crises. Riding a bike and walking helps me move away from all the consumption connected with owning a car.

Finding things in the street is another aspect of frugality. I often find things that would go to waste if I did not use them.

In March I was walking to Gilbrook Pond in Winooski when I found an apple on the ground. It had some soft spots from being frozen and thawed so I put it back down. While walking through the woods near the pond I thought about cooking the apple with some dried fruit. On the way home I picked up the apple and brought it home. I cooked it in some water with figs and prunes. I had some of it to my granola for the next couple of mornings. It was good!

I enjoy finding things on the street when I am riding or walking but I seldom find more than one thing on the same ride or walk. On March 18th I found three things near Walgreens in Winooski: some onions, an orange shirt, and a blue hat. 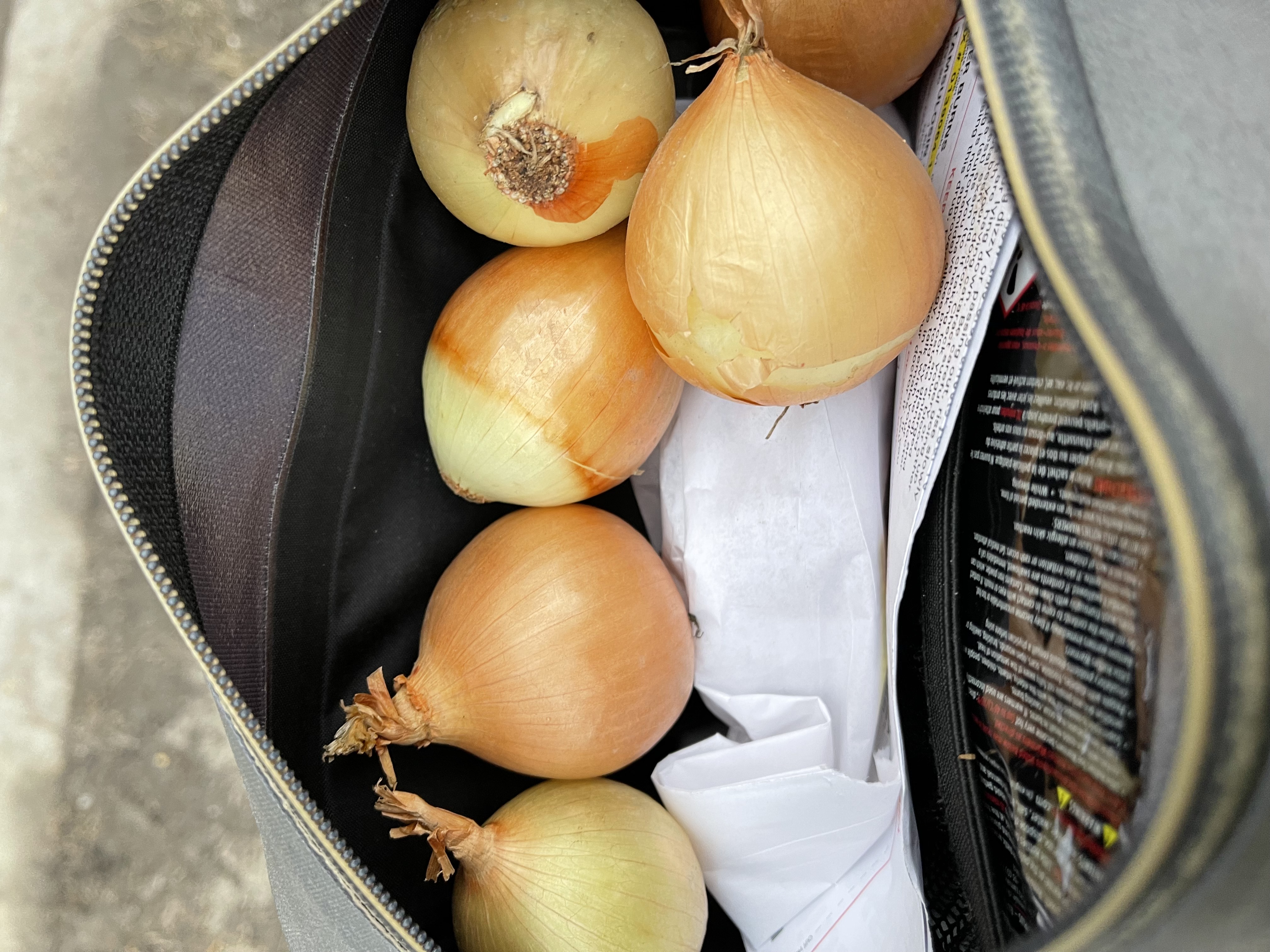 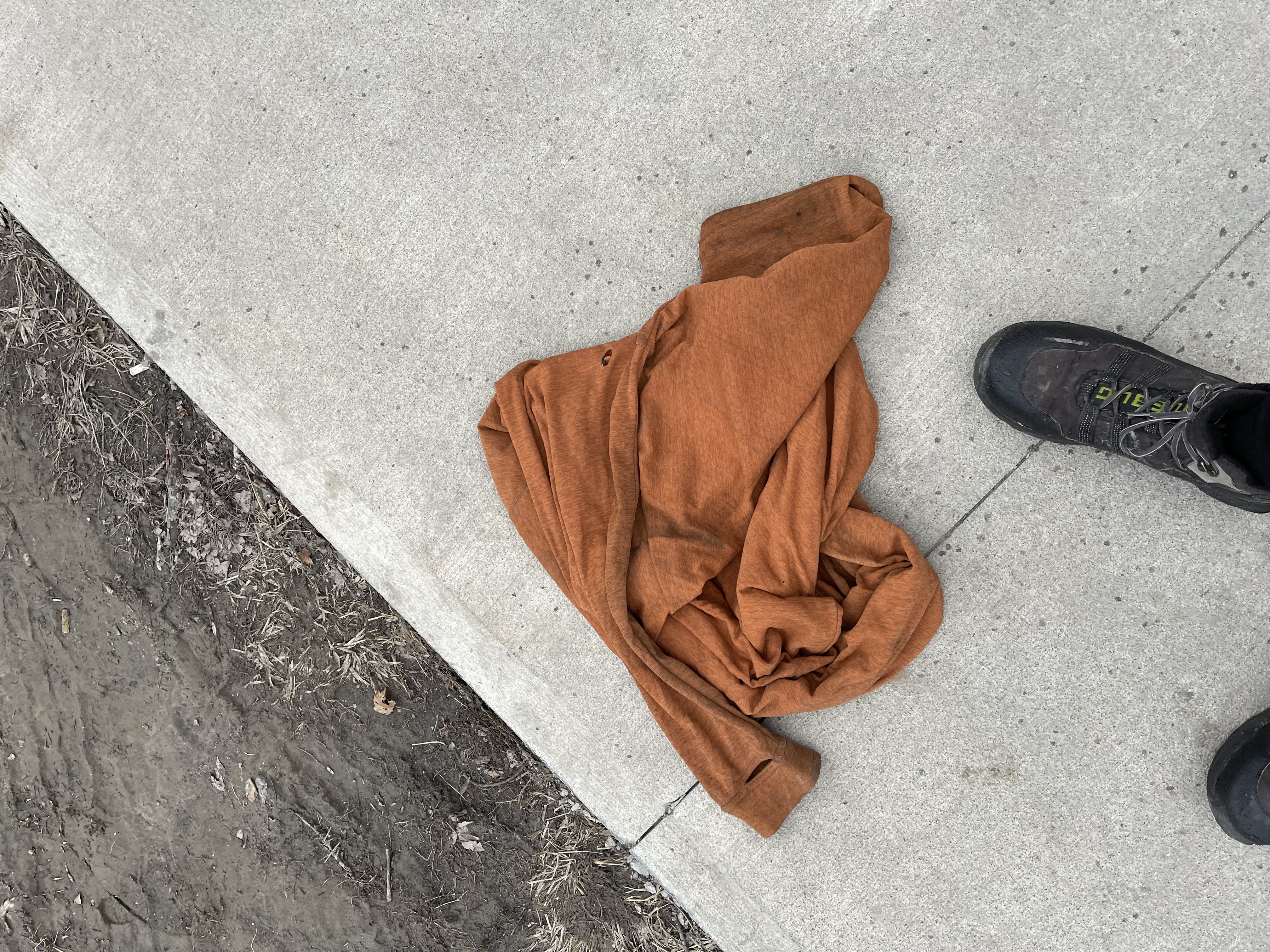 On April 6th I left work at 3:30 and headed to the 127 Bike Path and then I picked up North Avenue and went to the Burlington Bike Path. It was sunny, with a bit of wind and the temperature was around 57 degrees. I wore a bike sweater and a windproof vest with bike gloves and glove liners. I had a buff over my ears. I took the bike path to Airport Park and then went to the causeway. I was concerned that the causeway might be crowded, but there were not too many people walking or riding. Even with all my gear it was a bit chilly and I wondered about people riding in shorts and a tee-shirt. I guess everyone experiences cold differently. The level of the lake was high and I took a photograph of a submerged tree. I rode back to Burlington on the bike path and then had to climb up the College Street hill. I could feel it in my legs, it was the longest ride I have taken so far this year. As the weather gets warmer, I gradually increase the miles I ride. 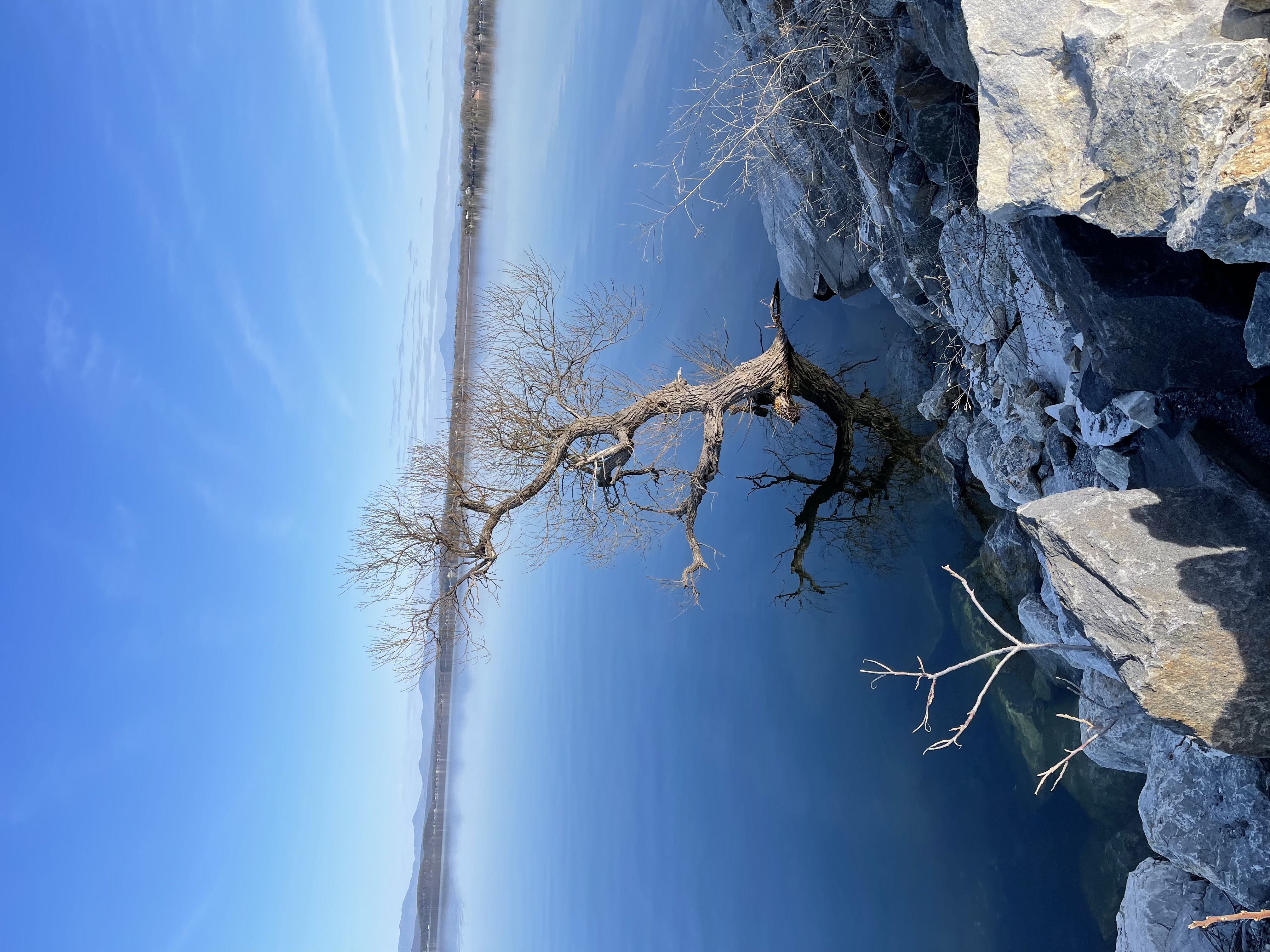 Peter Burns is a long-time bike enthusiast, and one of the original year-round bike riders in Burlington. He writes amazing monthly blogs and teaches a variety of Everyday Biking workshops. In addition to his work at Local Motion, he also works at a group home for people with Psychiatric disabilities, teaches classes for the Vermont Humanities Council, teaches swimming at the Burlington YMCA, and is a regular host of Storytelling VT.