Arm bicycle signals came from what drivers used before there were indicator lights on most cars. Not all car drivers know what the bike signals mean, so it is best to simply point in the direction you are going. When possible make eye contact with car drivers. Make sure you signal left turns with your left arm by pointing in the direction you are turning. Left turns are the ones that most affect cars. If you are going straight,  turning right, or stopping, a sign is not necessary because those actions don't affect the cars. If at all possible, take the center of the lane to turn left.

My goal is to walk ten thousand steps a day, and if, at the end of the day, I have not reached my goal, I go out for a short walk. I live in Winooski. On June 29th I was a few hundred steps short of ten thousand, so I took a walk around the block. The sun was setting and there was no wind. Usually, I recite poetry as I walk but I felt too tired that evening. I had a sense that I was watching a movie unfold as I walked. On Leclair Street, I saw a boy carrying a chicken. His mom said, “I’m glad you found her, she would have spent an uncomfortable night if she was away from home.” On East Spring Street a woman on a porch said to her neighbors, “Bob’s gone, he just took off.” I had no idea whether Bob was a dog, a man or a child. One of her neighbors said, “We’ll find Bob for you.” They did and it turns out Bob was a dog. The rest of the walk was uneventful. I made my 10,000 steps. 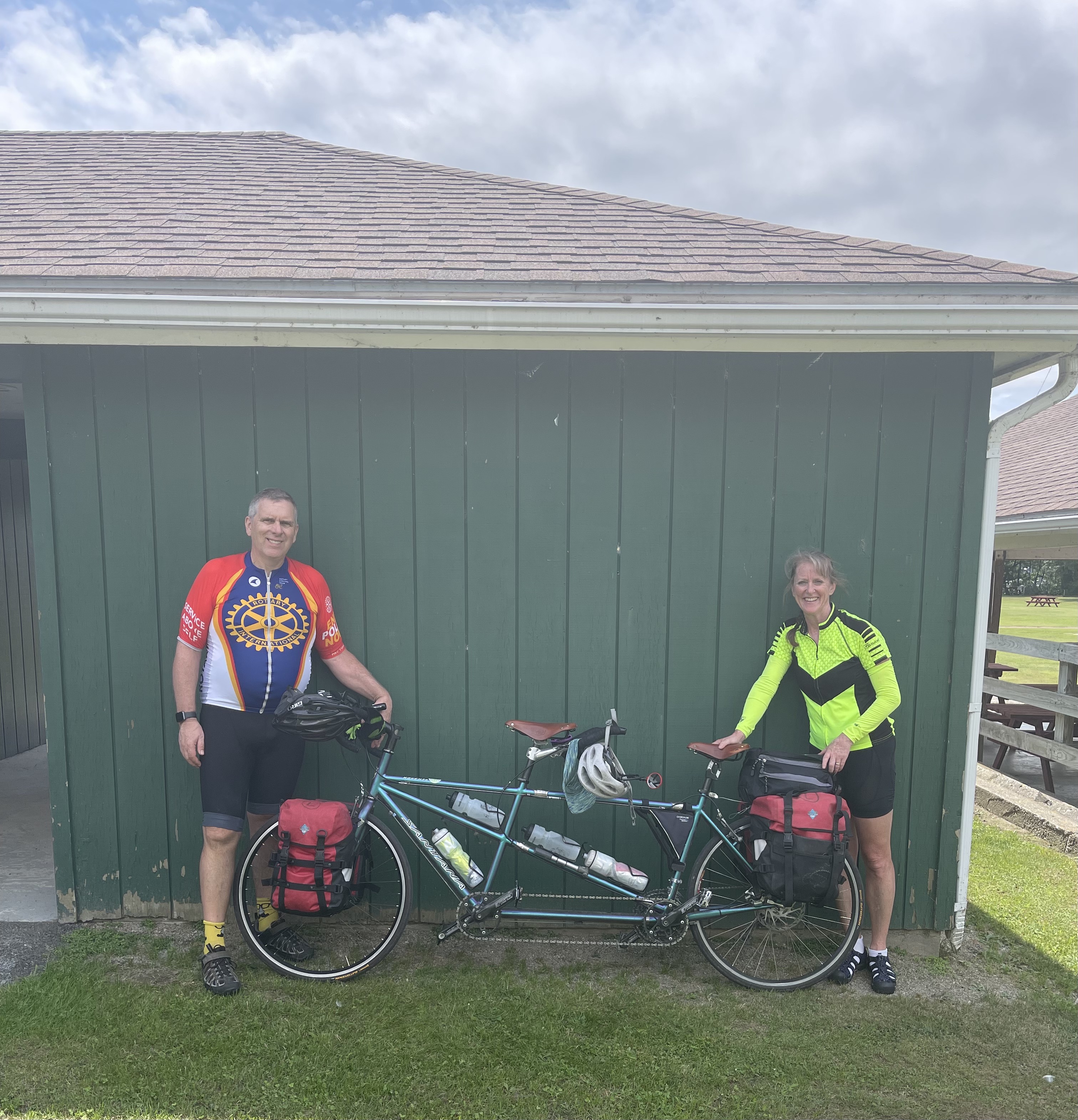 On July 16th, I left my house at around 9 AM. I was planning to ride to Westford and then on the way back stop at Indian Brook in Essex for a swim. Just after getting off the Colchester bike path, on Hollow Creek Drive, I met a couple on a tandem bike. They looked a little lost. They told me they were headed for Saint Albans and described the route they were going to take. I offered to show them an alternative route. As we rode along and got to know each other a bit better, I decided to take them all the way to Saint Alban's. It was one of those rare days when I did not have any work or appointments. We went up Route 7, then at Chimney Corner took Route 2 before heading north on backroads. I found I really enjoyed showing my new friends the Vermont countryside. We went by a sod house, and also a houseboat abandoned in the woods. The couple had flown in from Oregon a few days earlier and were spending some time exploring Vermont.  It was a nice day for a ride, not too hot and a bit cloudy. Early in the ride, when I decided that I would go all the way to Saint Alban's I made sure that it was OK with them, and they said they were delighted to have a ‘Native Guide’. I explained that I was not really a native of Vermont, but that did not bother them. The photograph was taken at Georgia Beach where we stopped for a snack and to get more water. We finished our time together at The Traveled Cup in Saint Albans. They were kind enough to buy me a sandwich and some tea in return for my tour guide services. By the time we parted, I knew a fair amount about them.  Bob was a Presbyterian Minister who made bread and soup for his congregants and Karen was a high school math teacher. It was one of those pleasant but ephemeral friendships that spring up between travelers. We did not exchange emails or phone numbers before they went off to their B&B and I started back home.

On the way home I stopped at Indian Brook and the swimming felt effortless. I felt like I was dancing through the water. It was joyful and I was so grateful to be outside and in the water in Vermont.