I am susceptible to cold hands and feet. On cold days I  pre-heat my gloves, socks, and shoes before I leave the house. I have to be careful because if I put the nozzle of the blow dryer too far into a shoe the blow dryer can overheat and shut off. If my hands and feet are warm before I leave the house I have a good chance of keeping them warm, as long as I don’t ride too far. I also use heated mittens. They really make a difference. I have not found any heated socks that do a good job.

This summer I found a pair of Lake winter bike boots at the Outdoor Gear Exchange consignment department. They happened to be my size so I bought them. They were reasonably priced because I had some store credit. These Lake winter boors are about the warmest bike boot available. The only similar boot is made by 45N. I am looking forward to trying my new boots this winter.

In 35 years of bike riding, I have been hit twice. Luckily I escaped serious injury. Car drivers do not want to hit you. They may find bike riders annoying or even enraging, but they know that killing or badly injuring someone would involve them in legal difficulties and insurance complications. The driver would have to live with whatever they did for the rest of their lives. Some people never get over killing someone with their car. Our job as bike riders is to make it easy for car drivers not to hit us. For me, that means riding with lights day and night. I usually wear bright colors during the day and reflective gear at night.

Every once in a while I remember how vulnerable I am on a bicycle. It is a sobering thought but the risk of injury and even death is well worth what I gain from riding. Most things that are deeply satisfying involve an element of risk. 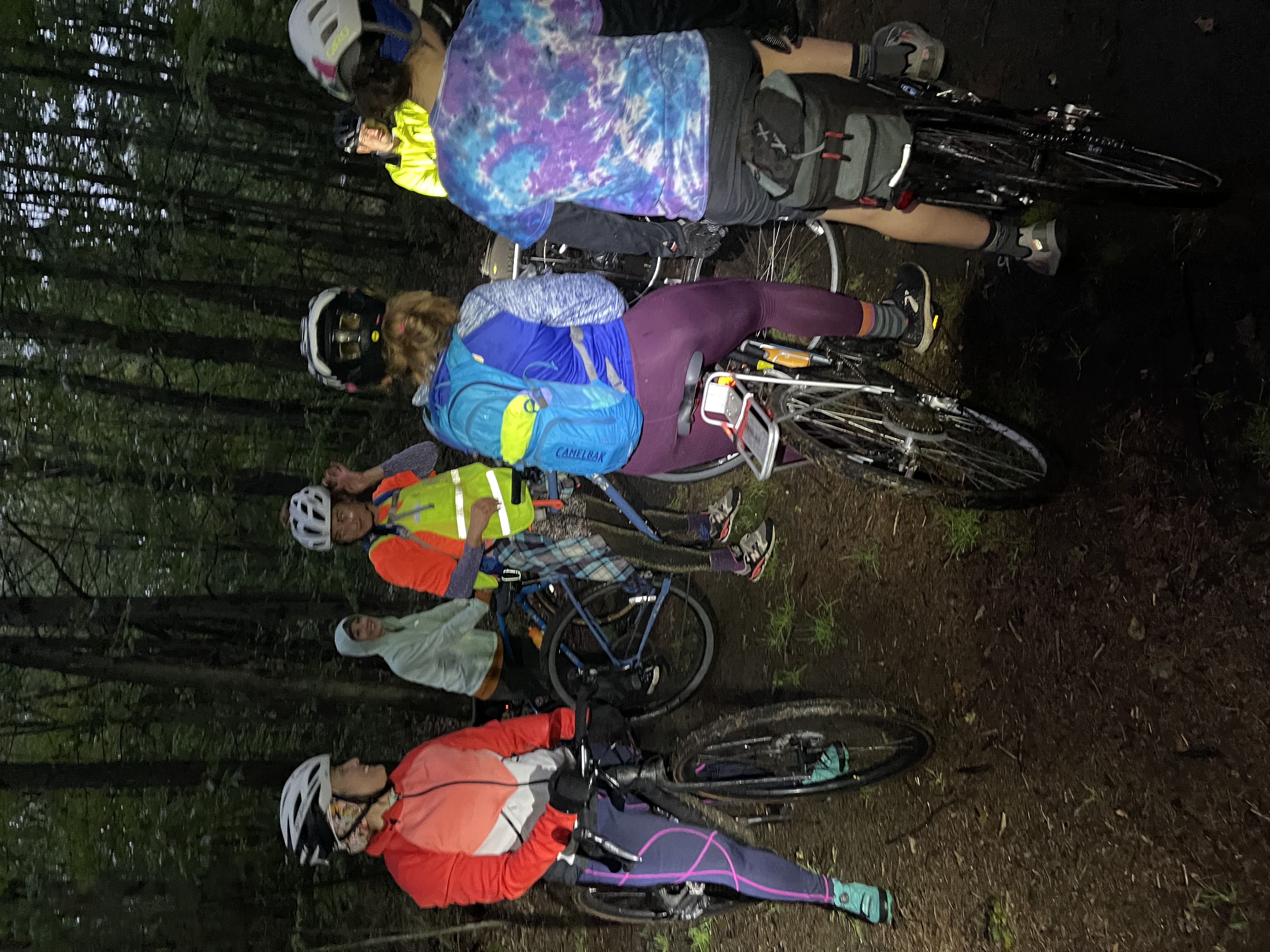 In the spring I volunteered to be a leader in the City of Winooski Bike/Ride Club. As a volunteer, I was called a ‘Bike Ambassadors’.  In my capacity as an ambassador, the correct way to address me is as “Your Excellency”. I found that members of the bike club were reluctant to call me by anything but my name. The club offered a short in-town ride and a longer ride through the surrounding countryside. One cool, clear, evening in June, a young woman, named S said she had never ridden on the road before and that she had just got her bike. I offered her the shorter ride but she said she wanted to do the long one to Indian Brook. T, who works for Local Motion, helped me support S. Along the way we mentioned some safety strategies and the importance of keeping tires inflated and the bike in good shape. Someone had a slow leak on the way there and T stopped to help while I continued on to support the beginner rider.  He and the other bike rider eventually caught up with the group. T had an issue with his bike seat at Indian Brook and another group leader stayed behind to help him fix it. He and the group met us back at Monkey House at the end of the ride. I switched over to lead the ride and another ambassador rode sweep and helped S along. It was a tough ride for her, but she made it through and seemed very excited about riding when she finally got back. It was great to see someone who was proud of her accomplishment and eager to ride again.

Later in the summer S returned to the Wednesday bike group with her boyfriend. Since her earlier adventure, she had been riding every day. In September I saw her on another group ride in Burlington. It was wonderful to see her again and discover that her first ride with us had had such a great impact.

Our last bike group ride was on September 29th. It was starting to get dark early and it was a rainy day. We went to Sunny Hollow and did some of the easier mountain bike trails. For me, it was a challenge. I love this bike group because it helped me take rides I would never have done by myself.

I suggested that we do the Old Spokes Home Fundo together and some of the Wednesday bike group joined in. It was a wet day, and the ride was not a lot of fun. I got off the route and ended up doing 48 miles instead of the 30 I had planned to do. Nevertheless, it was great to be welcomed with applause by my fellow Wednesday bikers. I look forward to being part of the group next year.

In June, I was driving with a friend on Williston Road near Industrial Avenue. We were heading into town. We both saw a pair of bike gloves on the road. If I had been riding or walking I would have just pulled over and gotten the gloves. In a car that was not so easy, traffic was heavy and in a car, getting to a destination seemed more important than stopping to pick something up from the road. My friend had to go to Petfood Warehouse so she stopped there. When she was done, we decided to drive back and look for the gloves, but they were gone! It was disappointing. On my bike that would not have happened. The next day I was at Outdoor Gear Exchange in the consignment department. I found a nice pair of bike gloves for only $5. I bought them and that partly assuaged my sadness from the day before.