Shift down before you get to a hill. On most bikes, it is more difficult to shift down when you are climbing a hill and putting pressure on the pedals. If you find yourself really out of breath when you get to the top of a hill you are in either too high or low a gear. The right gear enables you to get to the top of a hill at a slow but steady pace without either straining too hard or spinning your pedals. If you can’t find that gear you should get off your bike and walk to the top. As you get stronger, you will be able to climb longer and steeper hills. If you ride the same routes over and over again, you will get to know the best gear for each hill you encounter. Ideally, that gear will enable you to get up the hill with minimal effort.  Climbing hills takes effort but there is great satisfaction in making it to the top of a really bad-ass hill.

Hill climbing also has a psychological aspect. If you believe you can climb a hill, the hill will appear less steep than if you doubt yourself. Many years ago I had a single-speed fixed gear bike. It was a great ride, but hills were a challenge. There is a short but steep hill on Mallets Bay Avenue. Many times I tried to climb that hill on my fixed gear bike but I never quite made it to the top. Then one day I approached the hill feeling pretty strong. I had done a lot of riding and was in good shape. As I approached Mallets Bay Avenue Hill, I felt confident and the hill looked less steep. My attitude changed my perceptions. That day I made it to the top for the very first time.

Many years ago I had a friend named Ron Wallace who did a performance art piece about the Emerald Necklace, a series of parks in the Boston area designed by Fredrick Law Olmsted. Olmsted also designed Central Park in New York City. Ron took participants on a walk covering the entire Emerald Necklace. It took around eight hours. I did part of the route with him. As he walked with a participant Ron talked about the history of the parks, Olmsted’s ideas about landscape, and the experience of walking through the parks. Ron also wrote a little booklet about walking. He suggested focusing on the horizon as you walk. In Winooski that yields interesting results because at various points in the city you can see the Green Mountains and the Adirondacks. The best view of the city is from the top of Leclair Street.

Before the pandemic, I was having lunch with my friend B every week. We met at Willow’s Bagels. It was very pleasant, but then things shut down. We decided to take walks instead.  We wore masks and kept six feet apart. Coordinating the walks was sometimes complicated. Once we planned to meet at the Ethan Allen Homestead, but B went to Ethan Allen Park instead. Too many things named after Ethan Allen! At least B did not go to Fort Ethan Allen. We have walked in all kinds of weather.  Last summer we met farther afield. On different occasions, I rode my bike to Eagle Mountain, Milton Town Forrest, and a blueberry farm in Westford. We had some chilly outings last winter and in February we had one memorable walk in the Intervale when the trails were covered in ice. My studded Ice Bug shoes came in handy! Even if things return to normal we will continue walking instead of having lunch together.

‘This is Where You Belong’ by Melody Warnick 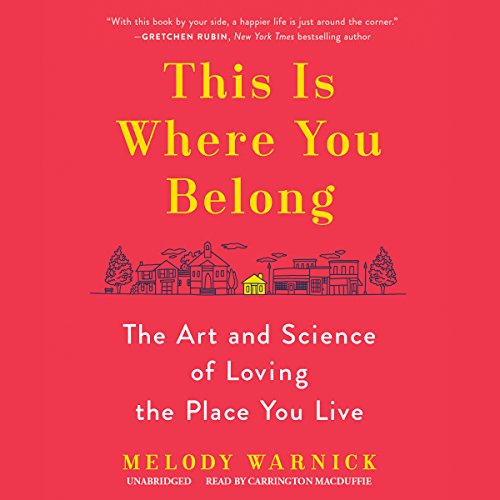 Warnick explores ways of feeling connected to the place you live. In the past year, I have tried to become more connected to Winooski but many of my daily activities take place in Burlington. I work there, shop at City Market, and swim at the YMCA. In March, I started walking at least 10,000 steps each day, and many of my walks were in Winooski. I have discovered some places I had not been to before. Sadly Winooski lacks some things that are essential to my life. No indoor swimming pool, no good grocery store, and the library is very small. Warnick suggests that shopping in your local area can help you feel more connected to your locale and helps the economy as well. There are four ethnic grocery stores within easy walking distance of my house. In May, I started bringing along a plastic grocery bag and stopping in one of the stores if it happened to be along my route.

My favorite treat is the baklava sold at the Nada Grocery Store on Main Street. They specialize in middle eastern foods.

I attend some events in Winooski as well. In August, I went to a city-wide block party and talked to someone who is trying to leave because of the noise from the F-35 jets. There are always issues that pull communities apart as well as those that bring them together.

On Wednesday, May 13th I was riding in the bike lane on Colchester Avenue when a car cut me off by turning right into UVM. I was annoyed so I followed the driver until she parked and when she rolled down the window I said. “Please be more careful, you just cut me off back there.”  She said, “I had my turn signal on.” I explained that a bike in a bike lane has the right of way. If she was in the left lane she would not expect a driver in the right lane to stop so she could cut across lanes to make a right turn. She apologized and I left. I characterize my emotion as road irritation rather than road rage. In the past, I have yelled at drivers and felt intense anger and a wish for revenge.  I was polite in this interaction and did not raise my voice. As bike riders, we can sometimes educate car drivers when they do something egregious. This is not always possible because cars go faster than bikes and risking injury to chase down a car is not a good idea. Also, some drivers carry guns.

I feel the same kind of irritation when someone parks in a bike lane and makes my ride just a little bit harder. I can always go around the parked vehicle but that kind of parking shows disregard for bike riders. The same vehicle owner would not think of parking in the middle of the road and blocking traffic.