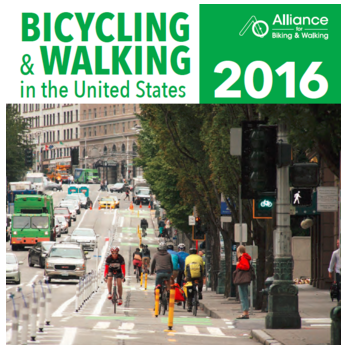 Burlington is the smallest US city included in the Alliance for Biking and Walking's 2016 Benchmarking Report, a survey of the status of walking and biking across the country.  The report covers all 50 states and the 50 most populous cities in the country, plus a handful of small to midsized cities chosen because of the strength of the bicycling movement in that community. Thanks to the efforts of Local Motion and our statewide partners, Burlington has made the cut since 2014!  Read on to learn more about what this national report has to say about walking and biking in Burlington and across Vermont...

Here are some highlights relevant to Vermont in the 2016 report: