Lindy Millington reflects on her biking experiences living in Burlington. 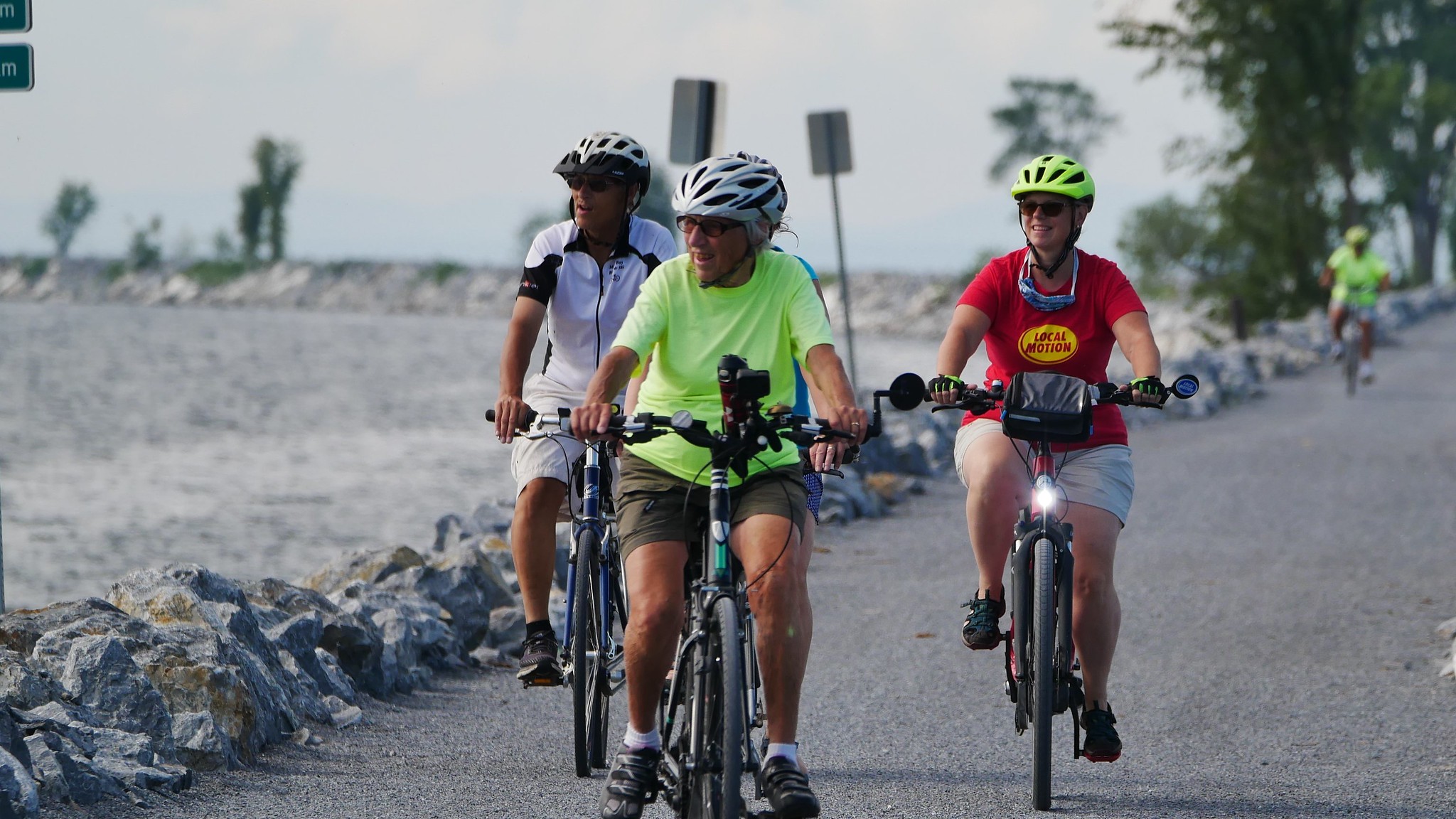 Lindy Millington leading the Opening Day Ride for the Bike Ferry in 2020. Photo by Doug Goodman.

Lindy Millington’s first bicycle was not a bike at all, but rather a tricycle. During her childhood, when she wanted to ride a typical bike, she borrowed one from her neighbor where she grew up in New Jersey. She got her own bike after she was married and had her first child, and she has ridden one almost every day since.

When Lindy started working at the Girl Scout Office on Dorset Street in Burlington, VT, she rode her bike eight miles to work and eight miles back almost every single day. Her coworkers didn’t envy her; they didn’t understand how she could enjoy biking eight miles home after working all day.

Lindy no longer has a driver’s license, although she seems not to notice a difference. She never preferred to drive, anyway, taking her bike both for running errands or simply for fun.

At the age of 50, she was inspired to bike across the country after reading a book about someone else who had done it. Joined by her husband and the group Wandering Wheels, Lindy biked from the Pacific Ocean to the Atlantic. And at the age of 77, she did it again.

One of her trips took her over the Colorado Rockies. Lindy and her husband were the oldest in the group, mostly surrounded by college students. When they went over the mountains, the college students would bike a bit, stopping to rest, and then continue biking again.

“So, one person beat us to the top. And then my husband and I were the next two up there,” she said. “Yeah, cause we didn't stop, we just biked slowly because that's easier than stopping.”

Biking through the desert stands out to her; she and the other members of the group would often have to avoid biking until the sun went down due to the immense heat. The trip became difficult because they didn’t have lights on their bikes.

In addition to these cross-country trips, she has biked from Montana to Alaska and attended a bike trip in China, amongst others. Her favorite place to bike? Vermont’s own Colchester Causeway. 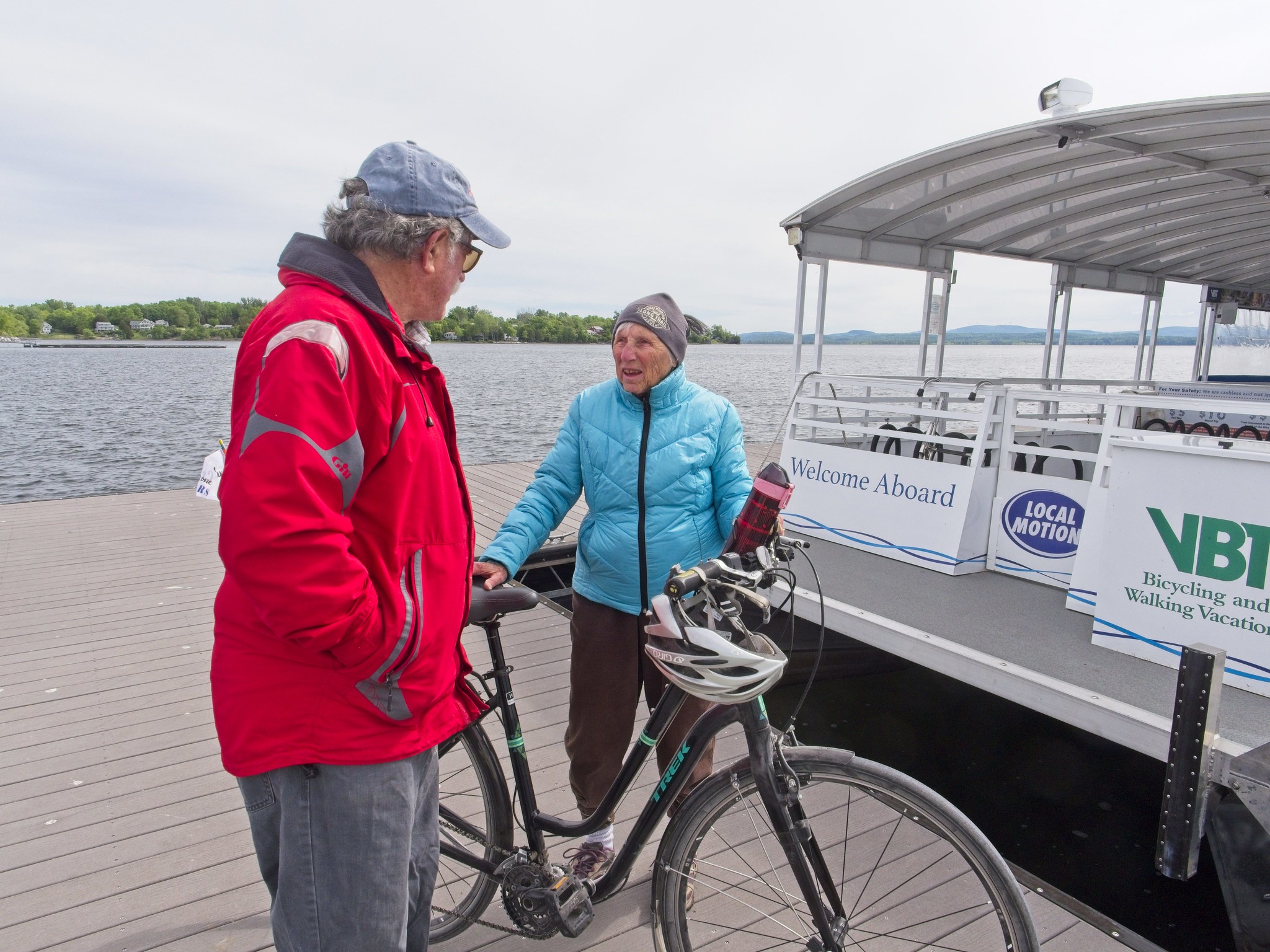 Lindy loves to talk with other Bike Ferry riders on the Burlington Bike Path about their journeys for the day and beyond. She noted a recent conversation, where she overheard a group of young men talking about their bike rides.

“They thought six miles was far,” Lindy said. “I don't think any of these bikers that I've met have biked as far as I have.” She told them about her own biking pursuits, and other bikers couldn’t believe her experience.

Biking gives Lindy the ability to travel wherever she wants to go without needing a driver’s license. She explained that the only gas for a bicycle is making sure you eat well, saving money at the pump.