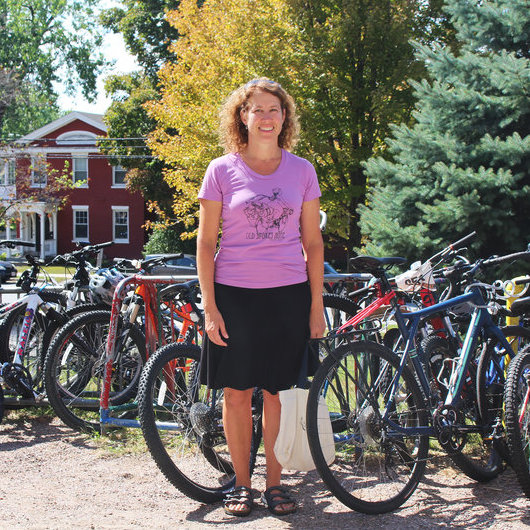 Burlington resident Peggy O'Neill and Local Motion were featured in NPR's recent series "Boundbusters" about empowering citizens to make changes Burlington's streets through tactical urbanism. Tactical urbanism is an approach to creating temporary projects that get to "lighter, faster and cheaper" changes on the ground.

The tactical urbanism movement began in Burlington began with Open Streets BTV, an event which closes selected city streets to cars and gives that space over to people biking and walking. This ciclovia event is now in its 3rd year in Burlington, and has  spread to Montpelier. Give the story a listen and let us know what you think on Facebook!