A trip to Montreal is always a treat—there are incredible art and music, and delicious food from every tradition. Of course, you’ll find those things in Vermont, too. When it comes to bike infrastructure, though, our northern neighbors are far ahead. Montreal boasts a robust bike infrastructure network that is used and maintained year-round. So, what can Burlington learn from this even-snowier city? 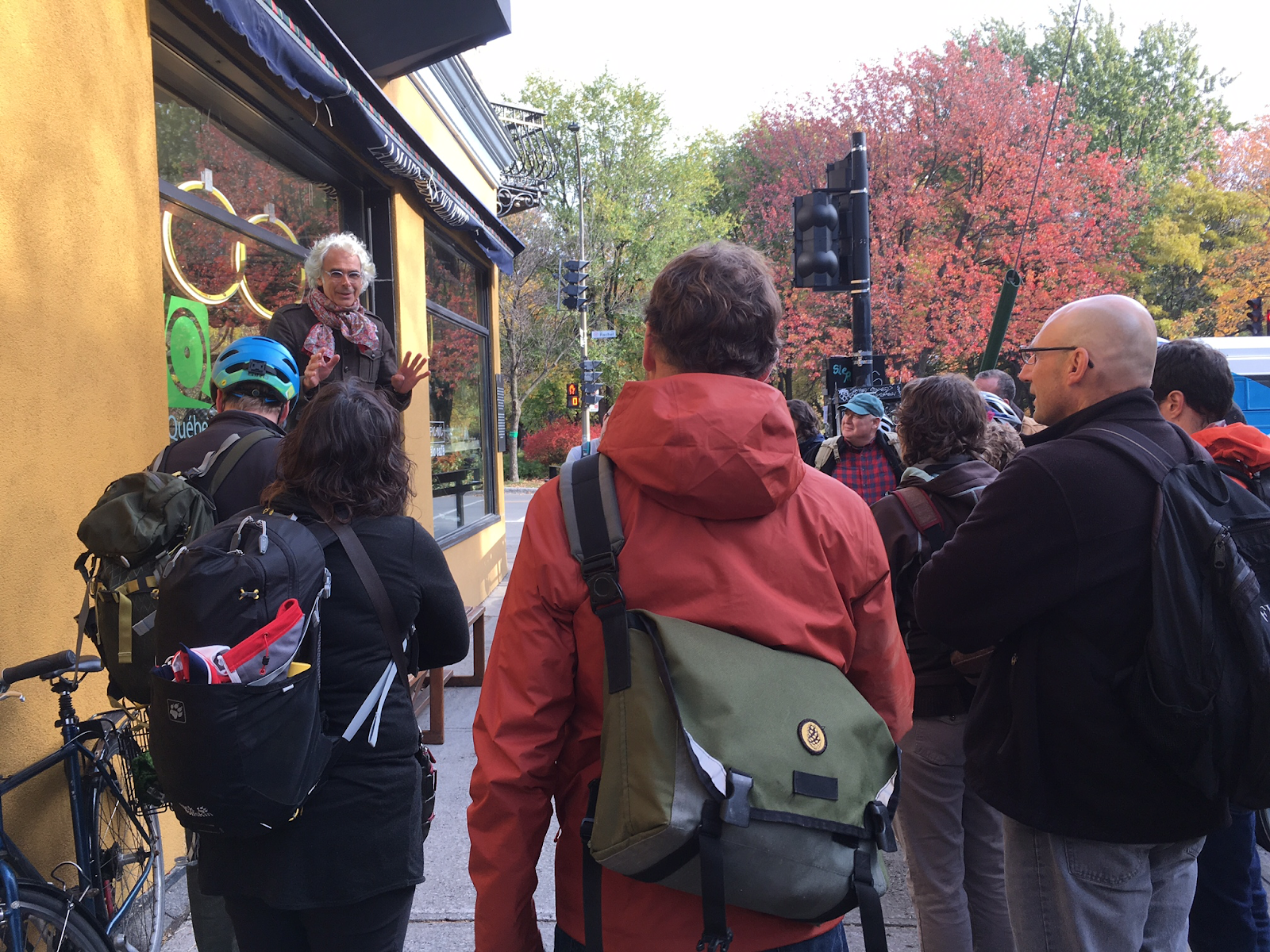 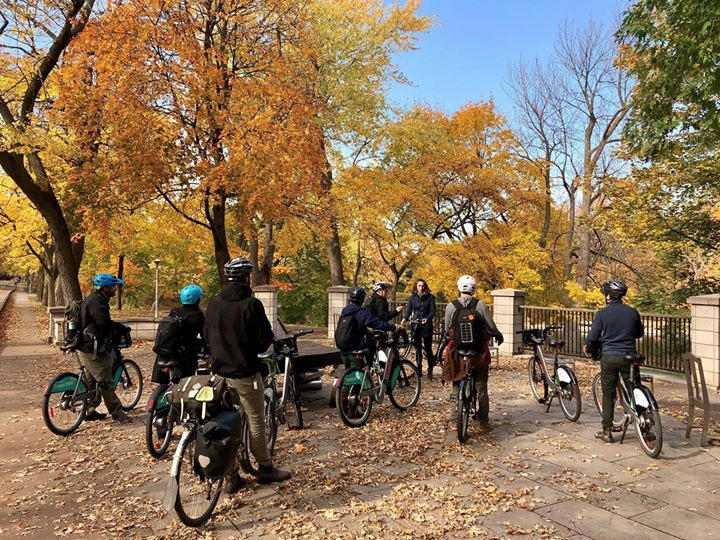 We invited 20 local transportation planners, engineers, road maintenance crew members, and political leadership from Vermont up to meet with Montreal counterparts. Over the course of the trip, we toured the city’s bike network via bikeshare and learned from local leaders how best to design, install, maintain, and build public support for similar facilities within greater Burlington.

1). If you build it (and maintain it year-round), they will come. 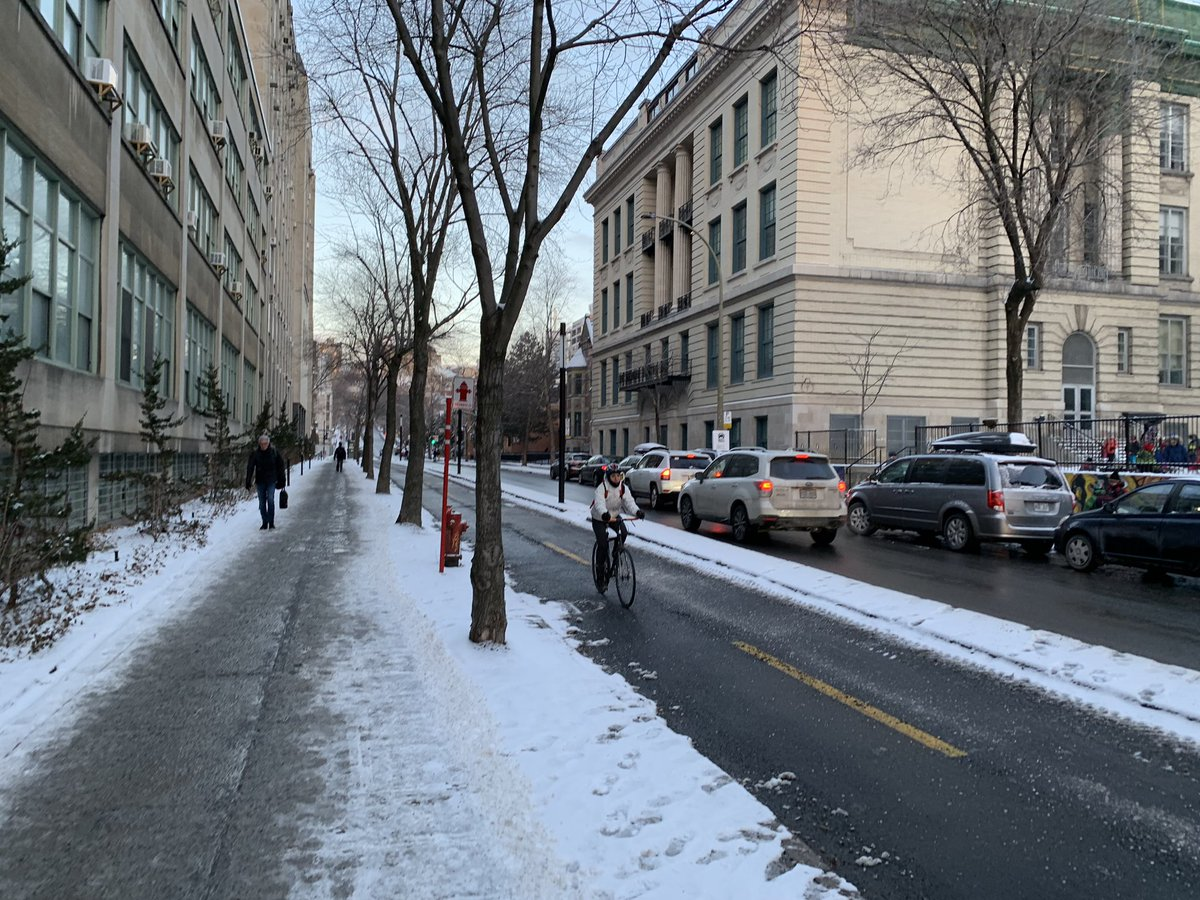 When Montreal started to open up its bike network year-round and improve maintenance during winter months, the city saw a 159%  increase in winter ridership over 3 years. If you know you can count on your bike lane being safe to ride during the colder months, you’re much more likely to use it. The city even has an app that helps communicate to the public which streets have been plowed to help riders plan their route!

2). Everyone deserves the same level of service.

Committing to plow the bike lanes is not enough. Bike lanes should get plowed at the same time as streets and sidewalks so that all modes have equal access to the network immediately after a snowstorm. Montreal only spent 1% of its total snow budget making the shift to prioritize all modes simultaneously. To ensure that the bike lanes remain clear, the city requires plow companies that maintain private driveways to apply for permits in many areas of the city so they can be fined if they inadvertently plow snow into the bike lanes.

Like many cities, Montreal’s transit passes are linked to their bikeshare, making it easy to transition between the two modes as part of a single trip. As part of a new pilot project, the city has also turned its old bus terminal into a truck delivery station that then leverages local cargo bikes for the final leg of the journey within the inner city core.

Even in Montreal, on-street parking removal doesn’t come without a fight, but it’s been seen to benefit local businesses as well as those wishing to travel by bike in both business districts and residential areas without private driveways. 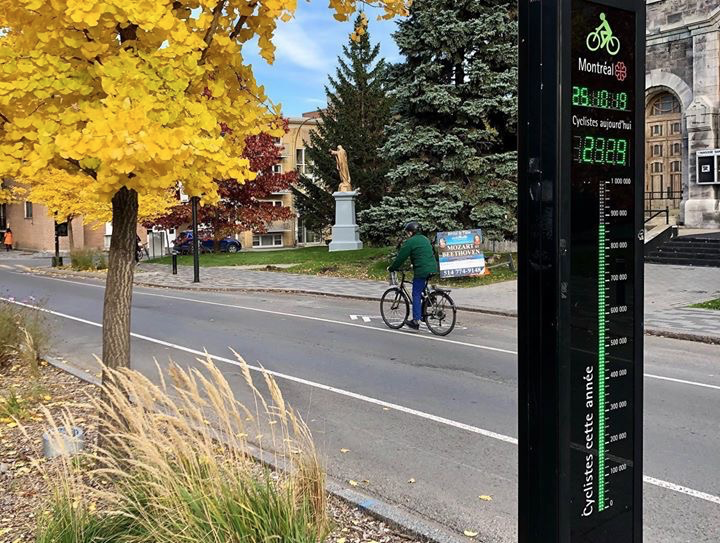 Literally and figuratively, every one counts when it comes to planning and maintaining a bike network—from plow drivers to policymakers, and everyone in between. Coordinating across sectors and bringing everyone into this conversation is key to its success. And counting bicyclists themselves can only help make the case for better infrastructure. In less than a year, this eco-counter device in Montreal’s Plateau neighborhood has detected nearly 1 million cyclists passing by!