Enjoy the best of recreational biking around northern Lake Champlain, and take a moment to stop off at a bicycle rest area along the way! 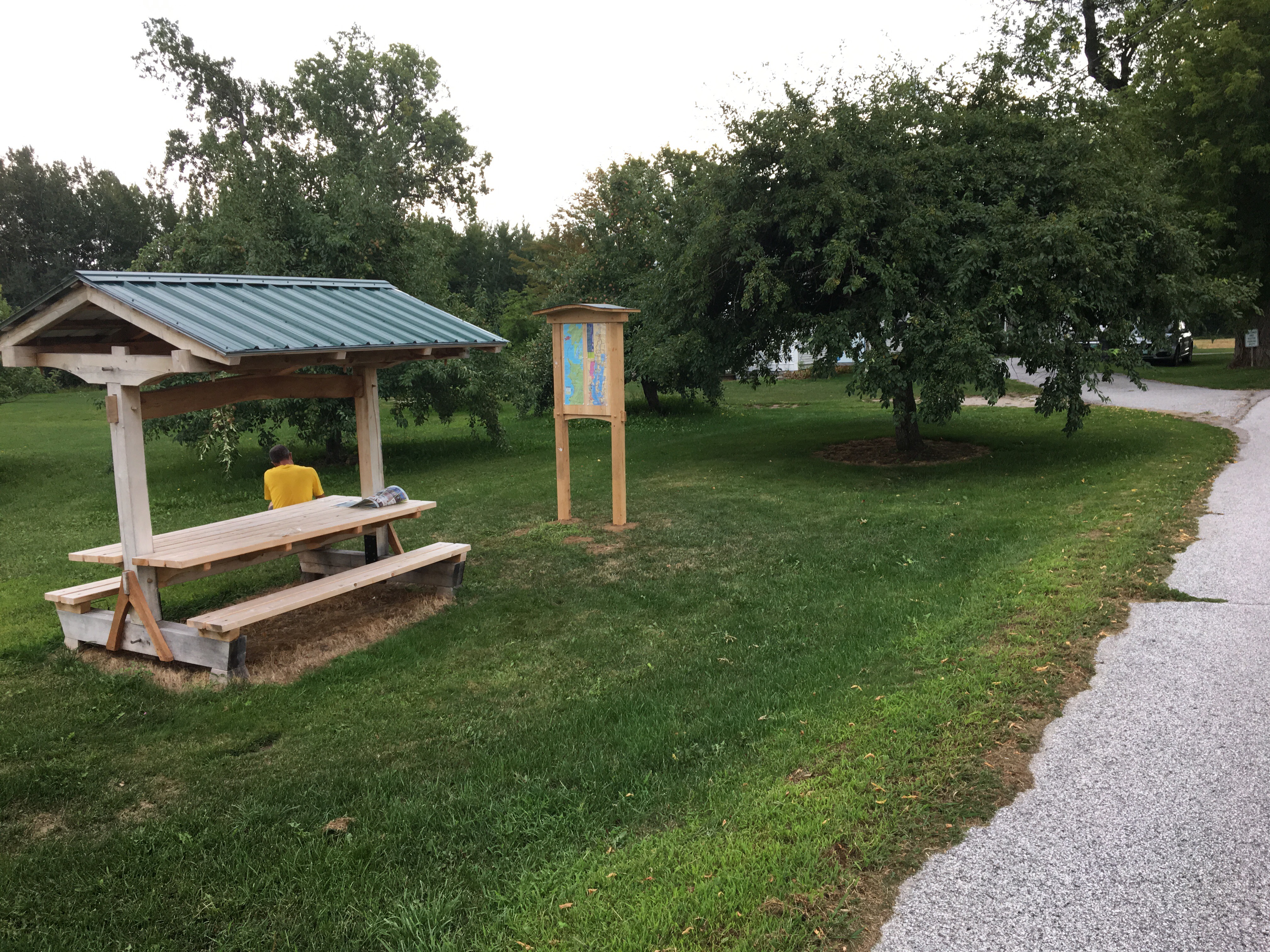 Eight picnic shelters and informational kiosks are located throughout the Champlain Islands, Alburgh, Colchester, and Shelburne.

Local Motion partnered with local businesses, the Lake Champlain Byway Council and VTrans, and numerous volunteers to develop and install the bicycle rest areas, so that bicyclists would have a place to eat lunch, take a break, and enjoy the natural scenery and nearby attractions that are part of the Lake Champlain Scenic Byway.